Making Up for Failing Algebra, Online vs Traditional Summer School

Algebra is often a graduation requirement and a gateway to higher-level math courses and college admission. Thousands of students head to summer school to make up those algebra credits.

Behind the Numbers
The Back on Track Study is examining short and long-term impacts of offering online and face-to-face algebra for summer credit recovery. This randomized controlled trial of 1,224 ninth graders from 17 high schools in Chicago Public Schools was funded by the U.S. Department of Education’s Institute of Education Sciences, and conducted by AIR and the University of Chicago Consortium on School Research.

Today students are increasingly turning to online courses to recover credits. Online credit recovery courses are attractive to many districts and schools because they can be assigned as needed and implemented in different configurations—for example at school in a computer lab or at home on students’ own time.

Researchers from AIR and the University of Chicago Consortium on School Research designed the Back on Track Study to investigate the effects of offering Algebra I as an online summer credit recovery option. More than 1,200 Chicago Public Schools first-time ninth graders who had failed Algebra I participated. About half of the students had traditional face-to-face summer school classes and the other half took an online course in school computer labs.

The brief released today is the fourth in the series. Back on Track: What Math Content is Taught and Learned in Online and Face-to-Face Algebra Credit Recovery Courses? looks into the content covered in the second semester Algebra I credit recovery classes and at short term student outcomes including end-of-course test scores, grades, and pass rates. Other briefs in the series will focus on longer-term outcomes (for example, credits in subsequent mathematics courses and on-time graduation).

Online students had access to in-person mentors as well as the online teacher. Unlike some online courses, this one didn’t allow students to review prior math content, such as first semester algebra or pre-algebra topics. The mentors were available to offer instructional support, but it varied by mentor and was limited overall.

Students in the online course reported that their course was more difficult than students in the face-to-face classes. Not surprising given differences in course content. At the end of the course, online students also reported not liking math as much and not having as much confidence in their math skills as students in the traditional classes.

Students in the online course had lower grades and were less likely to recover course credit (66 percent vs. 76 percent) than those in face-to-face classes.

Even though the online class focused entirely on second semester algebra content, online students still did worse than the face-to-face group on second semester items on the study’s end-of-course test. A possible explanation: Online students, on average, completed only about two-thirds of the course by the end of the summer session.

Band-Aid for a Serious Wound?

And while students in the face-to-face course did better on the study’s end-of-course test, they still performed poorly. On many of the multiple choice items, only about 25 percent of students in either course arrived at the correct answer. That’s similar to the probability of getting the right answer by just guessing.

Only about half the face-to-face students received a C or higher. Most of the others who earned credit barely passed with a D.

The study shows that three or four weeks of summer school can help many at-risk students recover algebra credits. And it suggests that students benefit modestly from revisiting prior course content.

But what might happen if schools went beyond a Band-Aid approach? What if summer school offered students more time, with a coherent, more flexible curriculum? What might happen if a summer course attempted to repair not only students’ academic needs but also students’ attitudes about learning math and their ability to be math learners? These are some of the areas to seriously consider as schools design more robust learning experiences for at-risk students who need more than one chance to succeed.

Kirk Walters, a former high school math teacher, was a managing researcher at American Institutes for Research specializing in research on math education.

The Back on Track Study: Using Online Courses for Credit Recovery

Students who fail Algebra I in their first year of high school are significantly less likely to graduate than students who succeed in the course. Recently, online learning has emerged as a popular strategy for providing students with the opportunity to recover course credit. This study investigated how to help ...
Contact 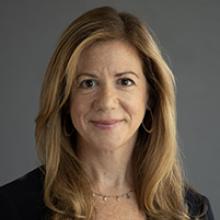