This long, hot summer could use some good news. And we have it.

Teen pregnancy, alcohol and tobacco use by students, children’s exposure to second-hand smoke, motor vehicle-related child deaths, and the rate at which young people are victimized by serious crimes have reached 20-year lows.

These findings come from America’s Children in Brief: Key National Indicators of Well-Being, 2016, recently released by the Federal Interagency Forum on Child and Family Statistics and produced with key assistance from experts at AIR.

Since 1997, the Federal Interagency Forum has issued annual compilations of statistics that now span seven dimensions of child well-being: family and social environment, economic circumstances, health care, physical environment and safety, behavior, education, and health. Among the data freshly culled from those 23 databases:

America’s Children 2016 highlights selected indicators by race and ethnicity. It documents a gradual but significant narrowing of the gap among Black, White, and Latino youth in tobacco use, teen pregnancy, and motor vehicle-related deaths. Yet, African-American, Latino, and Indigenous youth still experience those issues at higher rates than White and Asian-American youth. Significantly, Black, White, and Latino youth have all benefited from nearly identical 80- percent reductions in violent crime victimization since 1993.

The positive results are not limited to the America’s Children 2016 report. The Crimes Against Children Research Center at the University of New Hampshire has recently published similar statistics:

Amid these positive findings, concerns remain:

­Despite those concerns, this trove of new national data affirms the state-by-state measures synthesized in Annie E. Casey Foundation’s 2016 Kids Count Data Book and supports Casey’s conclusion that “The past few years have brought some positive developments for families and children … [that] are due in part to federal, state, and local policies that are preparing the next generation for the future.”

The Federal Interagency Forum on Child and Family Statistics will issue its next full report in 2017.

Frank Rider is an AIR senior financing specialist. He provides technical assistance through the National Resource Center for Mental Health Promotion and Youth Violence Prevention. He also advises the Patient-Centered Outcomes Research Institute, and the Center for School Mental Health. 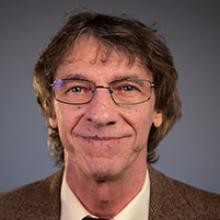