Forty years ago this week, all that began to change when President Gerald Ford signed the Education of All Handicapped Children’s Act, now known as IDEA: the Individuals with Disabilities Education Act. Three waves of legislative reform since then have continued to strengthen access and emphasize academic success for all students.

From IDEA’s start, schools could no longer deny education to students with disabilities. States and schools had to identify and serve all children with disabilities, develop and implement an individualized education program (IEP) for each child, and educate each to the maximum extent appropriate alongside their non-disabled peers.

Important provisions in the law protected students’ rights, involved parents in decision-making, and allowed parents to challenge schools’ decisions about their children’s educations.

A second wave of reform began during the 1990s, when educators and policymakers started pushing for higher standards and greater accountability in the nation’s schools. Many special education advocates and policymakers were concerned that overall school improvement planning didn't take into account the needs of students with disabilities.

At the same time, it became clear that while the 1975 Act offered access to education, there was little data on what and how well these children were learning. This gap prompted important changes in the National Assessment of Education Progress (NAEP), which measures math and reading achievement in schools across the country.

First, accommodation could be made for students with special needs. For example, some students might need more time to finish their NAEP tests. Others might need to answer on computers rather than with pens or pencils.

Second NAEP results for students with special needs would be reported on a national level. But that was just the beginning. Amendments in 1997 required that test scores of students with disabilities be included in state assessments. And in 2001, the No Child Left Behind Act required states, districts, and schools to monitor these students as a subgroup.

Forty years after IDEA: Watch author Louis Danielson discuss the law's evolution and its continued commitment to greater educational accountability, inclusion, and quality for all students.

Advocates and policymakers believed these changes would help the field better understand how students with disabilities were achieving and, more important, drive their inclusion in school reform efforts.

Today we realize the limits of these reforms. NAEP results show negligible improvements in reading and math for students with disabilities.

As a result, the U.S. Office of Special Education (OSEP) recently announced a third wave of reform: the Results Driven Accountability initiative, which is designed to better balance procedural compliance (such as timelines for evaluations and due process hearings) and accountability in improving student outcomes.

This effort is critical. Prior efforts didn’t improve student outcomes because they didn’t sufficiently emphasize improving the quality and intensity of instruction these students require.

OSEP’s clear message to states is that improving outcomes matters. OSEP is giving significant technical resources to help states by supporting the National Center on Systemic Improvement. (Full disclosure: AIR serves a partner in this Center with WestEd, the lead organization.)

And the OSEP-funded National Center for Intensive Intervention (which AIR runs) provides resources and technical assistance to help districts and schools improve outcomes for students with severe and persistent learning and behavioral needs. The challenge in this third wave of reform is to help states develop the capacity to implement and sustain what has been learned from decades of research about evidence-based practices that improve outcomes for students with disabilities.

Lou Danielson is a managing director at AIR. He has worked in special education policy and research for more than 35 years and has observed IDEA’s reforms firsthand. 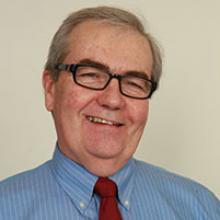