The first study of the first state to implement the Common Core State Standards (CCSS) shows some encouraging findings about student achievement during the transition from the old standards to the new. In Getting College- and Career-Ready During State Transition Toward the Common Core State Standards, with Kennan Cepa’s help, I tracked the academic growth of three consecutive cohorts of 8th-grade students with varying degrees of “exposure” to the CCSS in Kentucky.

In the 2011-12 school year, Kentucky became the first state to start implementing the CCSS, which it had adopted the year before. Kentucky’s schools introduced new curriculum frameworks, new student tests, new teacher evaluations, and new school accountability systems. With Gates Foundation funding, we wanted to find out if all the changes triggered by the Common Core Standards disrupted student learning in the short run.

That’s different from evaluating the Common Core Standards themselves. Rather, our aim was to document student learning experiences during the transition’s early stages. This is a pressing issue since tens of millions of students across the country will have completed their high school study before their schools fully implement the Common Core.

We found students exposed to the new standards—including those in both high- and low-poverty schools—made faster progress in learning than similar students who were not exposed to the new standards. Most of these gains were made in the years immediately before and after the transition. And student performance in subjects that adopted Common Core-aligned curriculum improved more and faster than student performance in subjects carried over from the old curriculum.

Kentucky was a perfect subject for evaluation. Since 2007, the state has required all 11th graders to take the ACT, a national test to evaluate students’ college-level proficiency, so we could measure the proficiency of all students—not just those who had already decided to go to college—before and after the new standards took hold.

AIR followed three groups or cohorts of 8th-grade students (more than 100,000 students in all) into 11th grade. For all three cohorts, student proficiency at both the starting and the end points was measured by the same tests. But the first took the ACT before the Common Core was implemented, the second a year later, and the third two years later.

Overall progress was significant—roughly equivalent to 2-3 months of learning in the second and third groups. Students in high- and low-poverty schools alike made these gains. Student performance on ACT math and English, subjects with CCSS-aligned curriculum frameworks, improved after one year of implementation. In contrast, it took two years for performance gains on ACT reading and science to show up.

The three groups studied weren’t identical. The second had more disadvantaged students (53 percent) than the first (48 percent) and the third had the most of all (56 percent). Also, the second and third entered high school with generally higher achievement levels. If these differences are taken into account, the college-level proficiency gap among students groups becomes smaller—shrinking to about 3-5 weeks of learning—but remains in favor of the second and third groups.

All of this comes with a caveat: While we observed significant progress in college- and career- readiness among students receiving instructions under Common Core Standards, more data and study would be needed to determine if putting the new standards into practice caused the gains.

Even so, the findings suggest that fears about CCSS implementation’s short-term impact on student outcomes or about the transition being a distraction amid efforts to narrow student performance gaps between the disadvantaged students and their better-off peers—may be overstated. Of course, some of the claims about the benefits of the Common Core may be overstated too since student achievement gains thus far are small. That will be decided once we see how these Kentucky students do after high school.

Zeyu Xu is an AIR principal researcher at AIR specializing in longitudinal studies. Kennan Cepa is an AIR research assistant. 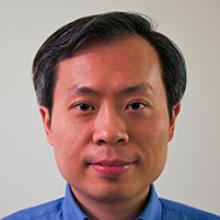