New figures released today show that overall reported crimes on college campuses decreased by 34 percent between 2001 and 2013. However, reports of forcible sex crimes on college campuses increased by 126 percent over this same period. And rates are rising in sheer numbers. Between 2012 and 2013 alone, the reported number of forcible sex crimes rose almost 25 percent, from 4,000 to 5,000.

The Jeanne Clery Disclosure of Campus Security Policy and Campus Crime Statistics Act requires that colleges and universities participating in Title IV federal student financial aid programs annually disclose information about crime on their campuses, including the number of reported incidents and arrests.

The information is collected through the Campus Safety and Security Survey by the U.S. Department of Education’s Office of Postsecondary Education. The Indicators of School Crime and Safety: 2015 report uses these survey data to identify trends in crime and safety on campuses at postsecondary institutions.

About 27,600 criminal incidents against persons and property were reported on college campuses in 2013 (See Figure 1). By type, burglaries, forcible sex offenses, and motor vehicle theft topped the list of on-campus crimes reported.

Anlan Zhang is an AIR Researcher specializing in school crime and safety and national education statistics and surveys.

The purpose of this project is to plan, research, design, and execute the annual Indicators of School Crime and Safety, a flagship report co-sponsored by the National Center for Education Statistics and the Bureau of Justice Statistics.
Contact 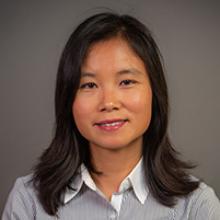