This commentary was originally published in The Tennessean on January 7, 2016.

The college application season—fraught with anxiety for students and families—is here.

As applications for seats at name-brand colleges hit record highs, and as their acceptance rates hit record lows, the stakes for getting into these schools can feel sky high.

But data from the American Institutes for Research’s College Measures and the Gallup-Purdue Index show that there are many paths through higher education that can lead to a happy engaged life supported by strong wages.

Gallup found that the type of college graduates went to—public or private, small or large, very selective or less selective—was not strongly related to the quality of alumni’s lives after graduation. And, according to Gallup, only a third of graduates of Tennessee colleges and universities strongly agree that their school prepared them well for life after college.

Tennessee graduates were more likely to say college prepared them for life if they had professors who cared about them, a mentor who encouraged them to pursue their goals and dreams, and participation in an internship or job that allowed them to apply what they were learning in the classroom.

These experiences can be found at colleges across the state, regardless of selectivity.

Clearly, part of what goes into student calculations of the value of their college education is also what they earn. Once again, the monetary value of attending a “brand-name” college is easily overstated.

Here we turn to earnings data from College Measures. While College Measures does not keep track of elite private schools, such as Vanderbilt, it does report earnings data from all public institutions in a half dozen states. Without exception, those data show that many less-selective “regional” campuses—often little known outside their home state—are putting their students on a path to wages equal to those earned by graduates of state flagship universities.

This pattern is not unusual. In the course of the decade after graduation, the wages of students from selective flagships on average catch up and often surpass the earnings of graduates from regional campuses, but the regional campus grads aren’t falling into poverty.

Regional campuses far outnumber the nation’s most elite institutions and can deliver high-quality learning at comparatively low prices. And many offer programs of study that can put graduates squarely in the middle class, despite not appearing in prestigious rankings.

In fact, what a student studies often matters far more than where they study it. And the list of majors that lead to high wages is pretty uniform from state to state.

Graduates with degrees in technology, math and engineering are at the top of the earnings distribution — and graduates with these degrees from regional campuses probably will earn far more than their peers with liberal arts degrees from the nation’s most prestigious campuses.

For example, five years after graduating, students from East Tennessee State with bachelor’s degrees in math (median earnings, $46,000) or computer science and IT ($58,000) earn far more than English or psychology graduates ($38,000 and $35,000) from the more prestigious UT Knoxville flagship campus.

Students also would be wise to consider technical degrees from community colleges. Far cheaper and quicker to get than bachelor’s degrees, these credentials can lead to high earnings and good careers. This is especially true given the generous financial support offered through Tennessee Promise.

For the next few months, kitchen table conversations with young adults looking for the right college can be a sure shot to indigestion.

The Gallup and College Measures data point to the same conclusion. With a little research and maybe a few slugs of Maalox, students can skip or survive the prestigious school mania and discover that many different avenues lead to a good life supported by solid wages.

Mark Schneider is vice president and institute fellow for the American Institutes for Research and president of College Measures.

College Measures worked with state governments to help identify higher education credentials with high return on investment. Our work focused on jobs that present the best opportunities for students to launch exciting careers and on skills that students need to get those jobs, with the goal of helping them find programs that allow them to lead the lives they want. 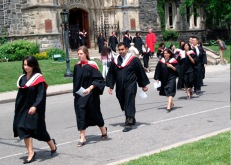 Tennessee has a reputation for being a leader in reform efforts to improve education at both the K–12 and postsecondary levels. College Measures’ new EduTrendsTN website, developed in partnership with the state, supports initiatives to increase the number of college graduates in Tennessee by providing prospective students and their families with information about higher education costs, benefits, and affordability and delivering insights into employment demand and wage potential across many fields.
Topic:
Higher Education, Education
1 Aug 2014
Spotlight 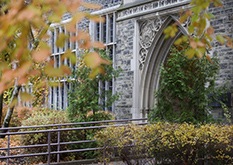 Ranking the Value of Colleges

AIR expert Mark Schneider partnered with Money Magazine to develop its rankings of “The Best Colleges for Your Money.”  Learn more about the research underlying the findings and view Schneider’s reports on the earning power of college graduates in states across the U.S.

Most students enter college, investing their time and often incurring significant debt, with the expectation that they'll receive a good return on their investment. For public institutions of higher learning, taxpayers are also invested in the value of a degree. Infographics and reports demonstrate that indeed, the school you attend and the major you select can make a big difference in what you earn.
30 Dec 2015
Report

Labor Market Experiences After Postsecondary Education: Earnings and Other Outcomes of Florida’s Postsecondary Graduates and Completers

Most students make the investment in higher education because they want a better chance to land a good career and higher earnings. But as they enter the labor market, some graduates earn far more than others. This report sheds light on the postsecondary earnings of recent graduates and completers from Florida’s public postsecondary educational institutions.
Topic:
Education, Higher Education