Corruption in higher education casts a shadow on many countries that are working towards more modern and progressive political and economic systems. Furthermore, it can undermine the quality of a country's higher education programs domestically and its recognition in the international market.

In order to respond to these challenges, AIR implemented the USAID-funded Ukrainian Standardized External Testing Initiative  (USETI) from 2009 to 2010. The project addressed profound challenges in Ukraine’s higher education system, which acknowledged that a transparent, objective testing system was critical in combating irregularities in higher education. A new standard for graduation and university admissions, the external testing system effectively institutes reforms in secondary school teaching and curriculum; allocates places in higher education institutions fairly and efficiently; and, as a result, raises the standards and integrity of higher education.

The outcome of the USETI project was a sustainable national testing center with fully operational regional test centers, effective security systems and procedures, able to securely and transparently develop, implement, score, and report testing on a nationwide basis. The project ensured that the appropriate legal framework for testing and its use in higher education admissions was codified, and that the groundwork for transparent and equitable university admission procedures was established. 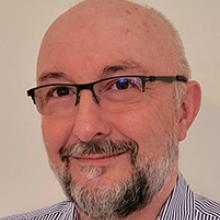