The mission of the U.S. Preventive Services Task Force (USPSTF), an independent panel of experts in prevention and evidence-based medicine, is to make evidence-based recommendations on clinical preventive services and health promotion. As a result of its sharp focus on rigorously drawn, evidence-based conclusions, the USPSTF has become the “gold standard” guidelines panel for clinical preventive services in the United States. To foster stakeholder trust in its recommendations, the USPSTF has sought to make the guideline development process more transparent. Since 2010, AIR has collaborated with the Agency for Healthcare Research and Quality (AHRQ), which supports the USPSTF, on the Transparency Project to facilitate task force efforts to incorporate public feedback and ensure transparency.

AIR has reviewed and analyzed over 10,000 public comments on the USPSTF’s draft research plans, systematic evidence reviews, and recommendation statements on a wide range of services, such as breast cancer screening, HIV PrEP, and aspirin use to prevent cardiovascular disease. Across the decade that AIR has been the transparency contractor, our highly experienced team has established a systematic, rigorous, and efficient process for capturing, analyzing, and reporting comments. Our exacting yet iterative and flexible methodological process has enabled us to improve products over time and produce consistently high-quality reports for AHRQ with rapid turnaround. 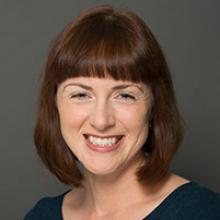