Medicaid, the nation’s health coverage program for low-income people, provides millions of low-income women across the nation with health and long-term care coverage. Roughly two-thirds (64%) of adult women with Medicaid coverage are in their reproductive years (19 to 49). Medicaid covers a wide range of reproductive health care services, including family planning, and pregnancy-related care encompassing prenatal services, childbirth, and postpartum care—all without cost-sharing. Medicaid coverage of abortion services, however, is very limited under federal law and in most states.

To learn what happens to prices, patients, and procedures in states permitting or discontinuing the use of state Medicaid funds for abortion care, AIR gathered data from clinics and local funds in three states: two that initiated and one that discontinued state Medicaid coverage of abortion care. This information could be especially pertinent following the U.S. Supreme Court’s ruling in Dobbs v. Jackson Women’s Health Organization, which has led to a fragmented abortion landscape where some states are enacting significant abortion restrictions while other states are maintaining abortion access and funding.

In states implementing state Medicaid abortion care coverage, there was an immediate decline in the share of total price paid by patients, which continued in the following months. Interviews showed a continued need for financial assistance for out-of-state patients, patients whose insurance did not cover abortion care, or insured patients with high deductibles. In addition, the research team found that there was an immediate increase in access, as evidenced by a higher number of completed procedures, after the implementation of state Medicaid coverage for abortion care.

The state discontinuing state Medicaid abortion care coverage experienced an immediate and sustained increase in the share of total price paid by patients. Interviews showed an increase in financial assistance among all patients. In addition to the significant increase in patients’ out-of- pocket costs, the research team found that after discontinuing state Medicaid coverage for abortion care, fewer procedures were completed and the share of funding from local abortion funds increased significantly. 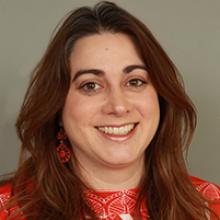