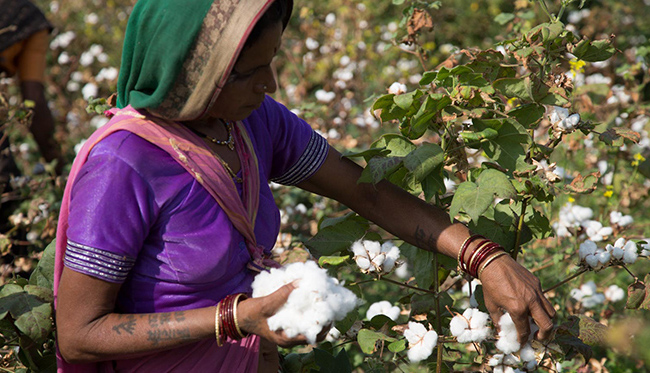 Worldwide demand for cotton products that meet certification standards—organic, fair trade, etc.—has grown over the past 10 years. India is the largest producer of cotton in the world.

AIR—funded by the C&A Foundation and in partnership with Outline India and Thinkstep India—conducted a social and economic impact assessment, and contributed to an environmental impact assessment of cotton farming in Madhya Pradesh, a central Indian state and the largest organic cotton producer in the country. This mixed methods study aims to better understand the socioeconomic and environmental outcomes of organic and BCI cotton farming, compared with conventional cotton farming. The research team examined outcomes of five subgroups of cotton farmers:

Results from the impact assessment reports include: