Meeting the Needs of Adults with Disabilities in the Marketplace

Washington, D.C. – The needs of adults with disabilities are frequently overlooked in the marketplace and when businesses are designing and promoting products and services. But a new report from the American Institutes for Research (AIR) finds that inclusive hiring practices and involving people with disabilities in product development and advertisement can help businesses access a market worth billions of dollars.

While some industries—such as technology and fashion—have begun marketing to and developing products for people with disabilities, the potential of these consumers has not been fully realized.

“Our study finds that working-age adults with disabilities are a large and relatively untapped market for businesses in the U.S.,” said Michelle Yin, the lead author. “We hope that this report is a starting point to help businesses better understand and serve this group of consumers with unique needs.” 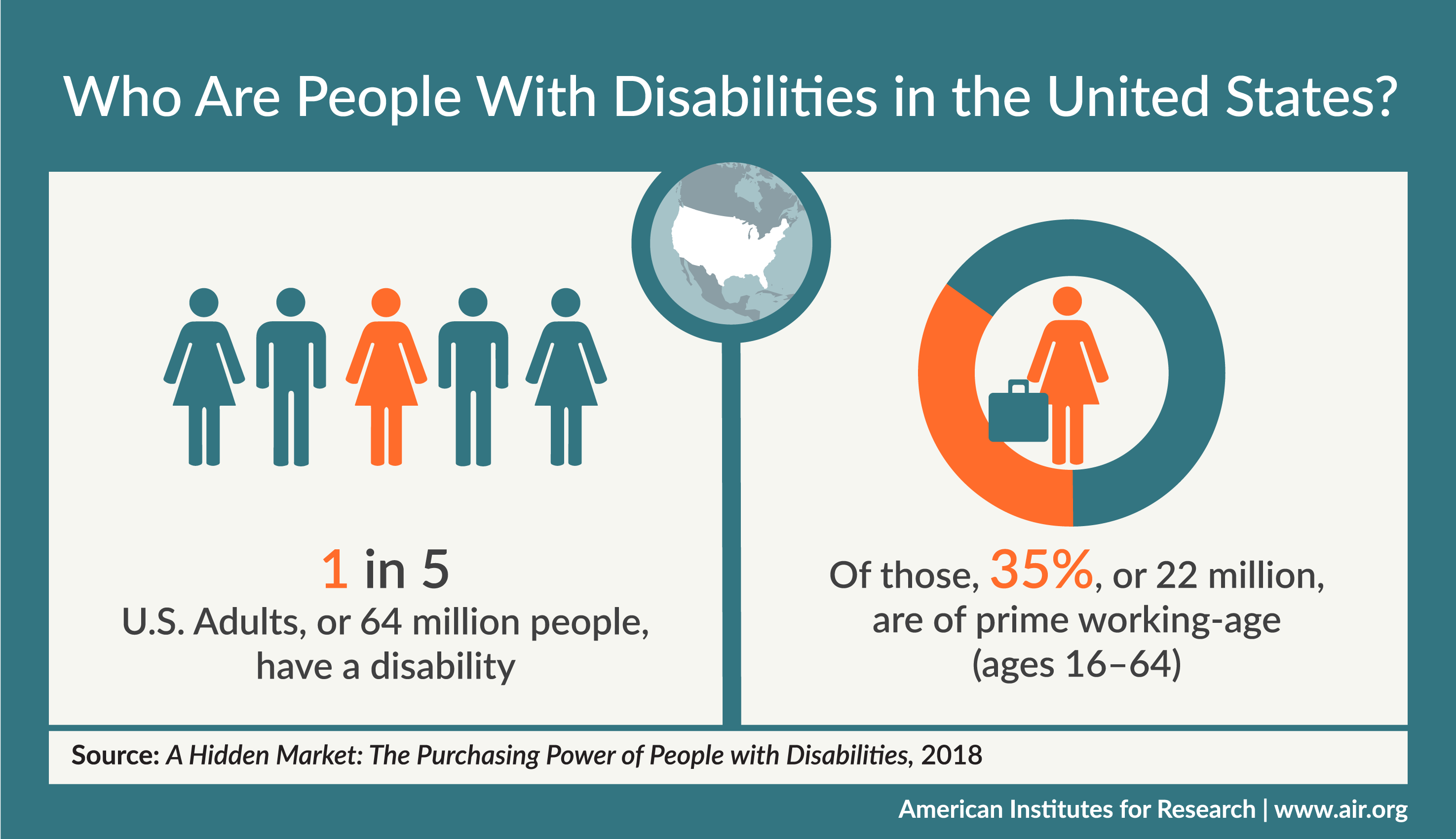 There are about 64 million people with at least one disability in the U.S. and approximately 35 percent of this population is of working age (ages 16-65) and earns income through employment or supplemental support and benefits. While working-age people with disabilities have, on average, a lower annual income than people without disabilities, the report finds they still have significant spending power:

“Even with a lower overall income, adults with disabilities, as a group, have a lot of spending power,” said Dahlia Shaewitz, co-author on the report. “However, understanding and serving these consumers may require business and industry to make changes to some of their practices.”

Hiring and retaining people with disabilities and involving them in the development and production of products and services will be an important strategy for accessing this market. Several companies, including Starbucks, Northrop Grumman, AT&T, and Ernst & Young, have increased their inclusive hiring practices, recognizing that hiring people with disabilities can improve the bottom line and increase customer loyalty.

Several U.S. companies are already demonstrating how being inclusive not only benefits people with disabilities, but also helps the bottom line. For example, the report highlights clothing company Tommy Hilfiger which developed an accessible clothing line that has design elements that are friendly to those with disabilities, including magnetic closures and adjustable sleeves and pant legs. In response to a request from a customer with cerebral palsy, Nike developed technology for its shoes that offers a wraparound zipper and adjustable top. And online retailer Zappos launched a dedicated website that sells shoes and clothing that are easily used by people with physical disabilities, and sensory-friendly clothing for people on the autism spectrum and those who live with nerve pain and tenderness.

To calculate disposable and discretionary income, the researchers followed methods created by the Census Bureau and the Consumer Research Center of the Conference Board. To help businesses better understand this market, the researchers broke down disposable and discretionary income data by disability type and state, which can help focus and target marketing efforts.