Washington, D.C. – Evaluations by the American Institutes for Research (AIR) of two federally funded initiatives aimed at revamping chronically low-performing schools in Massachusetts found that students in both programs improved their scores in state tests of English language arts and mathematics.

The evaluations, conducted for the Massachusetts Department of Elementary and Secondary Education, examined Massachusetts Wraparound Zones (WAZ)—an initiative that factors such non-academic issues as mental health and safety, for example, into school reforms—and the impact of state School Redesign Grants (SRG) on low-performing schools in the Commissioner’s Districts (the state’s 10 largest urban districts).

Both programs relied on major federal grants geared toward states with track records of innovation in jump-starting struggling schools. Massachusetts schools relied heavily on a $250-million Race to the Top grant to fund the wraparound zones. The SRG grants were funded by a School Improvement Grant from the U.S. Department of Education.

The results of the wraparound zones study underscore growing attention to how non-academic factors help transform low-performing schools. “Integrated support services,” as they are sometimes called, address the holistic needs of school children and have featured prominently in recent academic reforms in Cleveland and Nashville.

“When students struggle academically, often it is because they have outside stressors that act as barriers to learning,” said Allison Gandhi, an AIR principal researcher and lead author of the report. “If schools do not address such non-academic factors, they are unlikely to see large-scale improvement in academics. The promising results from the Massachusetts Wraparound Zones initiative show that academic and non-academic work can be interwoven to produce improved academic achievement. This mix should be integral to any school turnaround strategy.”

The WAZ initiative, in place from 2011-2014, awarded grants to 32 schools in seven school districts to address non-academic challenges. The goals were to enhance school climate, implement systems to identify students with non-academic needs, integrate social service resources and create a system for district level feedback and improvement. While school programs differed, family volunteer efforts, partnerships with local mental health clinics and other community providers, and an emphasis on school discipline were typical elements.

According to the study, students in WAZ schools experienced greater gains in English language arts and math  achievement than students in similar schools that did not receive the grant. These effects were significant after two and three years of implementation for English language arts and after two years of implementation for math. Gains were particularly strong in the grades 3 and 4 for limited English proficient students—equivalent to nearly a full year of achievement gains one would expect to see for a typical fourth grade student, according to AIR’s evaluation.

The program also appears to have played a role in school turnaround. Among WAZ schools, those that started 2010 in Level 4 status—the designation the state gives to its most struggling schools—66 percent had exited that status by 2014, compared to 40 percent among non-WAZ schools.

School turnaround was the primary focus of the SRG grants. Evaluating 31 schools in eight districts, AIR  focused on student achievement and attendance beginning in the 2010-2011 school year. Findings include:

“The disbursement of SIG grants had consistently positive effects on student academic achievement, particularly among limited English proficient students,” said Christina LiCalsi, a senior researcher at AIR who led  the study. “The results are robust across districts and school levels, even though the grants didn’t affect student attendance.”

Visit the AIR website to view the reports Focusing on the Whole Student: Final Report on the Massachusetts Wraparound Zones and Evaluation of Massachusetts Office of District and School Turnaround Assistance to Commissioner’s Districts and Schools: Impact of School Redesign Grants.

Focusing on the Whole Student: Final Report on the Massachusetts Wraparound Zones

The Massachusetts Department of Elementary and Secondary Education Wraparound Zones (WAZ) Initiative is designed to create coordinated district systems that allow schools to proactively and systematically address students’ nonacademic needs. AIR's evaluation of the initiative found that students in WAZ schools experienced greater gains in English language arts and math achievement than students in similar schools that did not receive the grant. These effects were significant after two and three years of implementation, with particularly strong gains in the grades 3 and 4 for limited English proficient students.
12 Aug 2015
Report 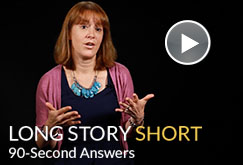