Robert Boruch is University Trustee Chair Professor at the University of Pennsylvania. He also is a professor at the University of Pennsylvania’s Graduate School of Education and the Wharton School Statistics Department. Boruch serves as a member of the graduate group in the Criminology Department, a fellow at the Ortner Center for Prevention of Violence Against Women, and a fellow of the Leonard Davis Institute of Health Economics. He is a co-founder of the International Campbell Collaboration, and an award named in his honor is given each year to people who have made remarkable contributions to evidence-based policy.

Boruch’s work focuses on research methods and evidence for determining the severity and scope of social and educational issues, implementation of programs, and estimating the effects of interventions. He contributes to work on randomized trials in different social sectors, in developed and developing countries, and to work on data sharing and ethics.

Previously, Boruch was professor of psychology and statistics at Northwestern University and held research positions at the National Academy of Sciences, the Social Science Research Council, and the American Council on Education, in a variety of evidence-related sectors, including human trafficking, privacy, and AIDS research. He has contributed to committees of AERA on ethics.

Boruch earned a doctorate in psychology from Iowa State University. 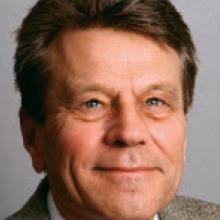