Marta Tienda is Maurice P. During ’22 professor in demographic studies, and professor of sociology and public affairs at Princeton University. Prior to this she held permanent positions at the universities of Chicago, where she served as chair of the sociology department, and Wisconsin-Madison, and visiting appointments at NYU, Stanford and Brown. She is a member of the National Academy of Education, the American Academy of Political and Social Science, and the American Academy of Arts and Sciences. She is past president of the Population Association of America, and from 2004 to 2006 chaired the NRC Panel on Hispanics. Currently, she is an independent trustee of the Teachers Insurance Annuity Association (TIAA), the Jacobs Foundation of Switzerland, and the Sloan Foundation, and serves on the board of the Population Reference Bureau and the President’s Commission on Educational Excellence for Hispanics.

Her past service includes the boards of Brown University, the Federal Reserve Bank of New York, the W.T. Grant Foundation, The Carnegie Corporation of New York, the Kaiser Family Foundation, and the Russell Sage Foundation. She received honorary doctorates from Ohio State University, Lehman College and Bank Street College. Her research addresses racial and ethnic differences in various metrics of social inequality—ranging from poverty and welfare to education and employment—and seeks to address how ascribed attributes acquire their social and economic significance. She has published over 200 scientific papers and several monographs and edited books. 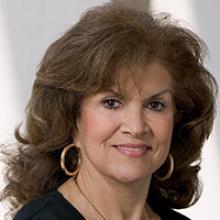