Vice Chair, Board of Directors

Bobo’s research focuses on the intersection of social inequality, politics, and race. He has co-written, edited, and co-edited several books, including Prejudice in Politics: Group Position, Public Opinion, and the Wisconsin Treaty Rights Dispute (Harvard University Press, 2006). He is the founding editor of the journal Du Bois Review: Social Science Research on Race (Cambridge University Press, 2004-present). He is a former Guggenheim Fellow, an Alphonse M. Fletcher Sr. Fellow, a fellow of the Center for Advanced Study in the Behavioral Sciences, and a Russell Sage Foundation Visiting Scholar. Bobo has held tenured appointments in the sociology departments at the University of Wisconsin, Madison; the University of California, Los Angeles; and Stanford University.

Bobo earned a doctorate in sociology from the University of Michigan. 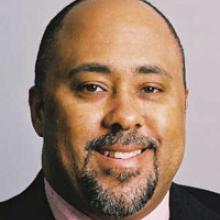