Harry J. Holzer is a senior research fellow and Institute Fellow at AIR and the John LaFarge Jr. SJ Professor of Public Policy at the McCourt School of Public Policy, Georgetown University. He is also a senior affiliate at the Urban Institute, a senior affiliate of the National Poverty Center at the University of Michigan, a national fellow of the Program on Inequality and Social Policy at Harvard University, a nonresident senior fellow at the Brookings Institution, and a research affiliate of the Institute for Research on Poverty at the University of Wisconsin at Madison. He is also a faculty director of the Georgetown Center on Poverty, Inequality and Public Policy. He previously served as chief economist for the U.S. Department of Labor and professor of economics at Michigan State University.

Professor Holzer's research has focused primarily on the low-wage labor market, and particularly the problems of minority workers in urban areas. In recent years he has worked on the quality of jobs as well as workers in the labor market, and how job quality affects the employment prospects of the disadvantaged as well as worker inequality and insecurity more broadly. He has also written extensively about the employment problems of disadvantaged men, advancement prospects for the working poor, and workforce policy more broadly. His research on urban poverty and social policy has been funded by grants from the Joyce Foundation, the U.S. Department of Health and Human Services, the Rockefeller Foundation, the Russell Sage Foundation, the Institute for Research on Poverty, the Upjohn Institute, the U.S. Department of Labor, the National Science Foundation, Ford Foundation, Mott Foundation, the MacArthur foundation and the Public Policy Institute of California. 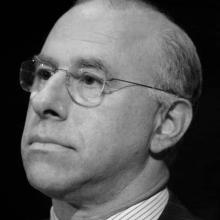 What Do State-Level College and Labor Market Data Teach Us About Higher Education Policy?

Attaining some kind of college degree is the surest way to improve one’s earnings in the United States. But many college students earn credentials with little labor market value or don’t attain any credential at all. Many—especially in our community colleges—could get into better colleges than they end up attending. ...

Is It Worth It? Postsecondary Education and Labor Market Outcomes for the Disadvantaged

For young people growing up in disadvantaged families, obtaining a college degree is the surest way to achieve upward mobility for themselves and their families. Yet, in spite of these incentives, young economically disadvantaged students lag substantially behind their middle- and upper-income counterparts in achieving postsecondary credentials, and minorities continue ...

Young minority men have been particularly hard hit by the economic downturn, experiencing higher rates of unemployment and struggling longer with joblessness. In this 90-second video interview, Harry Holzer, Institute Fellow at the American Institutes for Research (AIR), explains what actions would most help such men. ...

Do Sectoral Training Programs Work? What the Evidence on Project Quest and Year Up Really Shows

Retail Workers in Their 60s, 70s and 80s Say They're Worried About Their Health — But Need the Money

Millennials Are Getting Stung by Back-to-Back Global Crises

‘It Makes Me Very Angry’: Coronavirus Damage Ripples Across the Workforce

Most US Workers Still Pay Price of No Paid Parental Leave