On October 27, 2022, President Biden Announced Douglas Fuchs As One of 14 New Members Appointed to the National Board for Education Sciences.

At Vanderbilt, Fuchs has been principal investigator of 50 federally-sponsored research grants. They have facilitated development of models of service delivery (e.g., pre-referral intervention, responsiveness-to-intervention, reintegrating students with disabilities into mainstream classrooms); assessments (e.g., formative measures of student and teacher evaluation, dynamic assessment); and instructional approaches (e.g., peer-mediated learning strategies). He is currently exploring the importance of “hybrid” cognitively-focused and skills-based academic interventions for most difficult-to-teach children.

Fuchs is the author or co-author of more than 300 articles in peer-review journals and 60 book chapters. He has won several best paper awards, including the Palmer O. Johnson Memorial Award (American Educational Research Association), the Division 16 Fellow’s Award (American Psychological Association), the Samuel A. Kirk Award (Division for Learning Disabilities of the Council for Exceptional Children), and Best Paper of the Year Award (National Association of School Psychologists).  He was identified by Thomson Reuters as among the 250 most frequently cited researchers in the social sciences in the United States from 2000-2010, inclusive. In 2009, he was described as one of 14 “revolutionary educators” by Forbes Magazine; in 2008, he was among “100 Distinguished Alumni” in the first 100 years of the College of Education and Human Development of the University of Minnesota; in 2005, he was awarded Vanderbilt University’s Earl Sutherland Prize for Achievement in Research; in 2003, he was given the Career Research Award by the Council for Exceptional Children.

In 2021, he received the Harold W. McGraw, Jr Prize in Education, which “celebrates innovation, inspiration, and impact in education by recognizing outstanding leaders who have devoted their careers to closing gaps and accelerating educational opportunity to all students.” 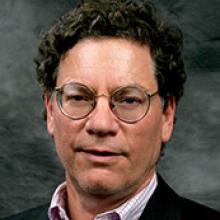 Vanderbilt Research Professor Appointed to Serve in the Biden Administration

Fed’s Education Research Board Is Back. Here’s Why That Matters

29 Sep 2021
The University of Pennsylvania Graduate School of Education