David E. Hayes-Bautista is Distinguished Professor of Medicine and Director of the Center for the Study of Latino Health and Culture at the David Geffen School of Medicine at UCLA, in the Division of General Internal Medicine. For over three decades he has researched the Latino Epidemiological Paradox and its implications for populations (infants, maternal, adolescents, immigrants, elderly, farmworkers, undocumented,) chronic diseases (heart, cancer, diabetes, etc.) communicable diseases (HIV-AIDS, Hepatitis A, tuberculosis, etc.) and health behaviors (tobacco use, diet, physical activity, etc.) His research in health services delivery currently focuses on developing metrics for population health that have predictive power with Latino populations, and on developing measures of health disparities that do not rely on the current race/ethnic categories. His earlier work in health services research focused on Latino provider shortages (physician, nurses, dentists,) access to health insurance and access to primary care.

For the past ten years, he has created a socio-demographic model of Latino civil society in Los Angeles from 1781 to 2015. While using 19th century Spanish language newspapers published in California as a demographic data source, he discovered the American Civil War origins of the Cinco de Mayo, given in his recent book, El Cinco de Mayo: An American Tradition (University of California Press, 2012.)

His service as the founding Executive Director of La Clínica de la Raza in East Oakland (1970-1974) focused his subsequent research activities around issues of health care access and social justice, and provided a grounding for his academic appoints at the School of Public Health at UC Berkeley (1974-1987) and at the David Geffen School of Medicine at UCLA (1987-present.) The Association of American Medical Colleges honored him in 2012 with the Herbert Nickens Award for Diversity in Medical Education, and the Mexican Secretaría de Relaciones Exteriores honored him with the “Premio Ohtli” in 2016. He makes frequent appearances on both English and Spanish-language television and radio, and writes columns for both the Los Angeles Times and La Opinión. 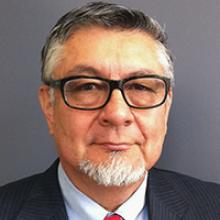 Longstanding systemic health and social inequities have put Americans categorized as racial and ethnic minorities at greater risk of getting sick and dying from COVID-19. At the same time, Latinos have a history of good health outcomes. AIR Institute Fellow David E. Hayes-Bautista has researched Latino health outcomes for more ...