Broadly speaking, Dr. Charles’ research interests are in the area of racial inequality; more specifically, this includes racial residential segregation, racial attitudes and intergroup relations, elite higher education, and racial identity. Much of her early work explores race- and class-based explanations for racial residential segregation, and the degree to which individual attitudes influence aggregate-level residential patterns. This work culminated in the publication of her first book, Won’t You Be My Neighbor: Race, Class and Residence in Los Angeles (Russell Sage 2006). She is co-PI of the National Longitudinal Survey of Freshmen (NLSF), which follows a cohort of students from matriculation to graduation at 28 selective colleges and universities. This project is an effort at documenting the diverse origins and experiences of White, Black, Latino/a, and Asian students, and at understanding racial disparities in their academic achievement and attainment. Based on this research, Dr. Charles has co-authored two books, The Source of the River: The Social Origins of Freshmen at America’s Selective Colleges and Universities (Princeton University Press 2003) and Taming the River: Negotiating the Academic, Financial, and Social Currents in Selective Colleges and Universities (Princeton University Press 2009). Her current research explores intragroup diversity among upwardly-mobile Blacks based on the NLSF. This work pays particular attention to the diverse racial, immigrant, and social class backgrounds of this group, in addition to their mobility trajectories in preparation for college and as they enter the world of work when college is complete. In addition, Charles is interested in similarities and differences in elite Blacks’ racial attitudes and identities. Her research on racial attitudes in the U.S. includes content analysis of racial messaging in the 2008 US Presidential campaign, and a retrospective examination of racial attitudes based on the General Social Survey.

Professor Charles earned her Ph.D. in Sociology in 1996 from the University of California, Los Angeles, where she was a project manager for the 1992-1994 Multi-City Study of Urban Inequality. Her work has appeared in Social Forces, Social Problems, Social Science Research, DuBois Review: Social Science Research on Race, Sociology of Race & Ethnicity, Race and Social Problems, the American Journal of Education, the Annual Review of Sociology, the Annals of the American Academy of Political and Social Science, the Chronicle of Higher Education and The Root. 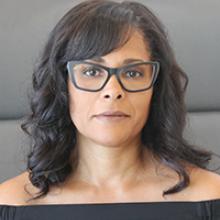