Angelica Herrera, PhD, is a senior researcher at AIR and has 16 years of experience in designing and implementing research and evaluation studies for international, federal, state, and local contracts. Dr. Herrera has extensive experience in developing research project scopes and timelines; measuring program implementation; recruiting participants and schools; analyzing quantitative and qualitative data; managing multiple, large-scale, multisite projects; and meeting tight timelines for high-quality products that translate research findings into actionable recommendations. Much of Dr. Herrera's professional career has been devoted to evaluating and researching the effects of programs and policies on children's academic achievement and socioemotional wellbeing.

Dr. Herrera currently serves as the Co-Principal Investigator for a Robert Wood Johnson Foundation grant-funded project that seeks to understand the context, norms, values, and conditions that underpin child and family wellbeing in various countries across the globe, with the intention of transferring and applying that knowledge to the United States. She is also the Project Director for an evaluation of a science, technology, engineering, and math (STEM) program in a Hispanic-Serving Institution of Higher Education (New Mexico Highlands University) funded by the U.S. Department of Education. In addition, Dr. Herrera provides support to the Latin America and Caribbean (LAC) Reads Capacity Program funded by the United States Agency for International Development (USAID) examining the impact of an early reading program on the reading skills of children in Nicaragua.

Prior to joining AIR, Dr. Herrera was a co-owner of a research firm, where she led several evaluation projects for nonprofit organizations serving children and families, including the United Way for Greater Austin, KLRU-Austin PBS, and Camp Fire First Texas. Earlier in her career, Dr. Herrera was an education and research specialist for Sesame Workshop, where she was responsible for research studies involving Plaza Sésamo, the Mexican version of Sesame Street. For Sesame Workshop, Dr. Herrera conducted research in the United States, Mexico, and Argentina. Dr. Herrera's earlier work at the National Center for Children in Poverty at Columbia University involved management of an evaluation of a school-based social-emotional program in New York City schools. Dr. Herrera holds a doctorate in developmental psychology from the City University of New York. She is fully fluent in oral and written communications in Spanish. 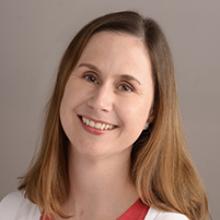 Enrollment in Advanced Courses (ACs) during high school is associated with college and career readiness and early college success, especially for students of color and low-income students of all races.

Children and Society: A Global Scan of Child Well-Being

All children deserve to live healthy lives and experience positive well-being. The aim for this work is to understand the context that includes the norms, values, and conditions that underpin child well-being in various countries, with the intention of transferring and applying that knowledge to the United States. ...

Time to Proficiency for Hispanic English Learner Students in Texas

English learner (EL) students who do not attain English proficiency and grade-level mastery of academic content by the middle and upper grades are at risk of dropping out of high school or failing to graduate. To better understand the factors that influence EL students’ progress in Texas, this study examined ...