On Monday, July 23rd, AIR convened a special evening of reflection, discussion, and engagement in order to shine the light on the state of HIV/AIDS in the American South. 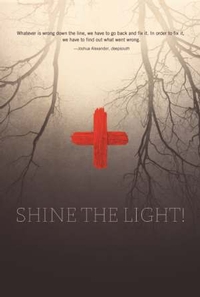 Guests gathered at the Woolly Mammoth Theatre in Washington, D.C., where more than 25,000 service providers, advocates, policy makers and researchers convened for the International AIDS Conference. This year’s conference marked the first time in more than 20 years that the IAC will be held in the United States, and offered a unique opportunity to focus attention on the nature and scope of the epidemic in the American South.

Shine the Light! guests viewed deepsouth, a poignant new documentary that showcases women and men living with and fighting HIV in the rural South, and addresses some of the broader social and political issues that plague this region in crisis.

The post-film discussion was led by Dr. David Holtgrave of Johns Hopkins' Bloomberg School of Public Health, with deepsouth director Lisa Biagiotti. They were joined by a panel of expert discussants as they delved into the intersection of issues raised by the film: poverty, race, class, education, justice, stigma, and access to affordable, quality, and compassionate care. The MAC AIDS FUND supported this program.

AIR and its partner Commetric—a communications, media, and influencer analysis company—have conducted an analysis of the last two years’ media coverage seeking to gain insight into the general level of awareness, consciousness, or association of HIV to the issues of income, healthcare, race, poverty, homophobia, stigma, child molestation, and incarceration. The analysis was conducted with both national and southern media outlets.

For more information about Shine the Light!, contact Susan Wolfson.