Event Highlights - (How to Get Away with) Murder, Media, Insight and Impact: An Evocative Dialogue on PrEP

PrEP is paving a path across the nation and globally. HIV, PrEP, and same-gender relationships are being showcased in the mainstream media, most notably in a storyline in ABC’s hit primetime show How to Get Away with Murder (HTGAWM). Online and offline, people are talking about topics that are often relegated to niche-communication outlets. How can we seize this moment and apply novel strategies to increase PrEP awareness, access, and use?

Powering the PrEPosition: (How to Get Away with) Murder, Media, Insight & Impact tackled the intersection of public discourse on HIV and PrEP in entertainment, the mainstream media, digital publishing, and social media. 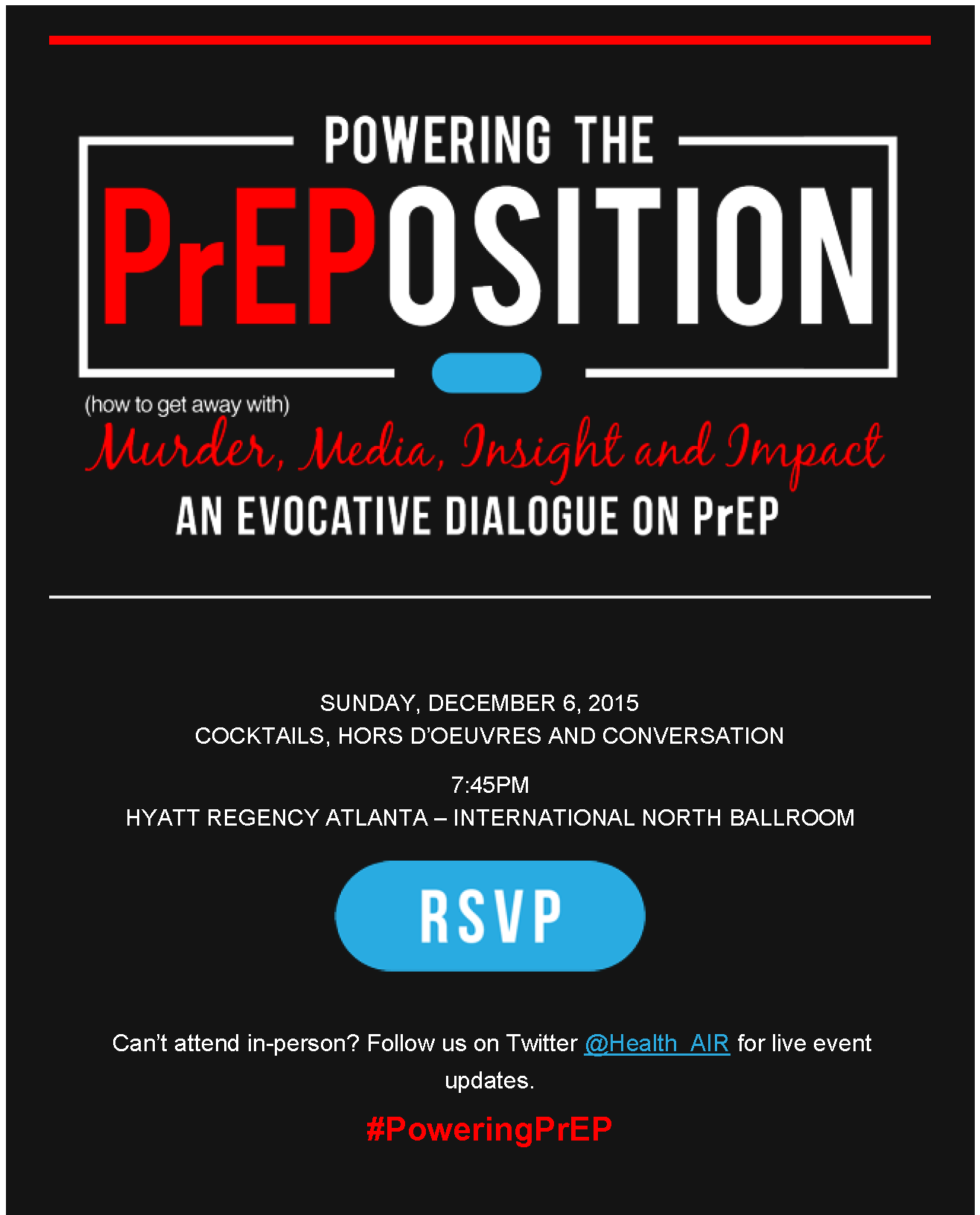 AIR is conducting a research project to evaluate people’s knowledge, attitudes and beliefs around using social media as a tool in PrEP education and promotion. Other study goals are to 1) progress AIR’s Precision Communication Approach, and 2) assess the impact of the Powering the PrEPosition satellite program taking place in conjunction with the National HIV Prevention Conference (NHPC) on December 6. This will be achieved via three surveys that aim to answer the following overarching questions:

Precision Communication is a disciplined approach to identify the communication vectors and channels most likely to lead specific segments along the “awareness-behavior change” continuum, and to identify the best traditional and digital metrics to track and evaluate change. To that end, AIR hopes to use the survey findings to develop and deliver key messaging via Twitter in mid-January over the course of one month. This intervention would serve as a pilot study on the implementation of precision communication techniques in the HIV and PrEP space, particularly regarding the desired outcomes, including awareness, understanding, acceptance, action and adherence, and effective use of social media for PrEP education and messaging. We anticipate multiple uses for the related insights, including potential to inform relevant communication TA services in the future.