What Can Massachusetts’ Wraparound Zones Teach Us About School Turnaround?

The Every Student Succeeds Act (ESSA) gives states the authority and flexibility to turn around their lowest performing schools.

Can states succeed where federal policy requirements ran into walls?

It’s daunting. Schools in the bottom five percent of achievement are typically in communities with the highest poverty rates. Academic achievement often suffers because of factors outside classrooms.

Research shows that youth in high-poverty environments are more likely to experience trauma and stress, which can diminish their ability to pay attention, solve problems, and regulate their emotions. It also impacts working memory and other executive brain functions that children need to succeed in school.

If so many problems stem from home and community environments, what can schools do to overcome these challenges?

These three priorities were the backbone of customized plans and district and school staff were designated to make sure the strategies were carried out. Most of the schools trained staff to implement curricular programs—such as Responsive Classroom or Playworks—that teach and model social-emotional skills in class and on the playground.

Each school analyzed the needs of its students and families, then set up partnerships with community groups and businesses to meet those needs—mentoring, counseling, even arranging family access to clothes, food, and other supplies.

A 2015 AIR evaluation showed that after three years, students in Wraparound Zone schools had greater achievement gains in English language arts and math compared to students in similar schools that did not receive the grants.

Perhaps most important, 66 percent of the wraparound schools originally considered “low performing” no longer are. Only forty percent of those that did not receive wraparound grants have shed that distinction.

What led to these results?

As one principal put it, the wraparound initiative succeeded because it prioritized nonacademic support. “Having the initiative … has really put that social-emotional well-being [of students] at the forefront of everything that we do.”

Although funding for the program has ended, all the original wraparound districts are continuing the work they began under the grant. They are finding room in their budgets to pay staff who will keep championing strategies to improve school climate, meet students’ non-academic needs, and build school-community partnerships.

Allison Gandhi is a principal researcher and director of the special education practice area at AIR. She specializes in research on multi-tiered systems of support, including response to intervention and positive behavioral interventions and support.

The Massachusetts Department of Elementary and Secondary Education Wraparound Zones (WAZ) Initiative is designed to create coordinated district systems that allow schools to proactively and systematically address the nonacademic needs of students. AIR conducted an evaluation of how well the WAZ Initiative achieved these goals, which found improvements in student behavior, family engagement, and the student referral process, and that students in WAZ schools performed better on the English language arts and mathematics assessment as compared with students in comparison schools.

Focusing on the Whole Student: Final Report on the Massachusetts Wraparound Zones

The Massachusetts Department of Elementary and Secondary Education Wraparound Zones (WAZ) Initiative is designed to create coordinated district systems that allow schools to proactively and systematically address students’ nonacademic needs. AIR's evaluation of the initiative found that students in WAZ schools experienced greater gains in English language arts and math achievement than students in similar schools that did not receive the grant. These effects were significant after two and three years of implementation, with particularly strong gains in the grades 3 and 4 for limited English proficient students.
Topic:
Education, District and School Improvement, School Climate and Safety, Mental Health
11 Aug 2015
Video 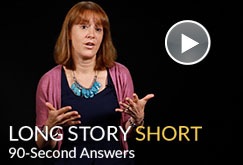