In 2008, Barack Obama was a meteor across the political firmament offering hope and change. Seven years later and battle-tested, he gave the country his last State of the Union address.

According to The Washington Post, his speech lasted nearly 59 minutes; 15 minutes were devoted to foreign policy, almost 12 to politics, more than eight to the economy, and three and a half to climate change.

“We live in a time of extraordinary change,” President Obama said. “… and whether we like it or not, the pace of this change will only accelerate.”

Martin Ford, the Silicon Valley software developer and author of The Lights in the Tunnel: Automation, Accelerating Technology and the Economy of the Future, agrees. He says three trend lines are converging: a technology revolution based on big data and artificial intelligence, climate change, and dramatic and growing inequality.

All these trends converge on education.

Remaking this nation to deal with that change will happen college-by-college, school-by-school, and classroom-by-classroom because in the emerging knowledge economy, deep and lasting learning is the currency of mobility and prosperity.

But this kind of change does not happen by magical or wishful thinking. Instead, let's:

Strengthen the teaching profession. We need more teachers of color and we need to cultivate professional learning that supports teachers in the classrooms. Today’s digital learners require less “talk and chalk” and more mentoring and coaching.

Promote personalized learning. We know that students learn best when they can explore ideas and customize their own learning. Classrooms based on inquiry and experiential learning allow students to grow intellectually and emotionally—according to their curiosity and at their own pace.

Infuse technology into 21st century curriculum. We need to align technology to enhance teaching and learning, because today’s and tomorrow’s students must be part of the knowledge revolution. Artificial intelligence can enhance deeper learning. For example, at the School of One, a middle school in New York City, math students get an individually customized course of study based on each student’s learning strengths and needs. At the Carpe Diem Collegiate High School in Yuma, Arizona, an online computerized assistant coach guides students through difficult content with immediate, on-the-spot assistance.

Rebuild our educational infrastructure. Many schools attended by our poor and working class students are relics from the past. We need a national campaign to rebuild schools in underprivileged neighborhoods as a down payment on our pledge that equality of opportunity is more than a sentiment, it’s real.

Ensure that all students have the resources they need for success. The disparities in funding between rich, middle class, and poor school districts is a national scandal. Adequate and equal funding is the bedrock of equal educational opportunity.

We already know a great deal about what it will take to make America’s schools world class. We are not starting from scratch. Research informing policy and practice across the life span at AIR and elsewhere has provided the empirical basis for implementing educational innovations that could transform classrooms into laboratories of learning for all students.

Based on this body of work, educators and policymakers should be poised to create a system that graduates men and women who are instilled with deep pride, open and inquiring minds, moral courage, and self-confidence—not prone to rigid ideologies and escapist beliefs, but rather prepared to seize the creative moment.

Peter W. Cookson, Jr., is a principal researcher and director of The Equity Project at AIR.

Educational opportunity is a cherished part of the American story of upward mobility and social justice. The Equity Project at AIR is committed to building an inclusive and vibrant future through education. 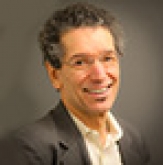 Schools must be places of safety and support for all students. And yet, in an effort to make our schools safe havens, districts have adopted zero-tolerance policies and increased school policing. The result, however, has driven some of our most vulnerable students out of school and into a judicial system often built for punishment rather than support: the school-to-prison pipeline. In this blog post, AIR’s Jeffrey Poirier and David Osher argue that re-evaluating zero tolerance policies, training staff to deal with non-threatening but disruptive student behaviors, and working to eliminate bias can go a long way to ending the school-to-prison pipeline.
Topic:
Education, School Climate and Safety, School Discipline, Social and Emotional Learning
1 Oct 2019
Toolkit

Are You Ready to Assess Social and Emotional Learning and Development? (Second Edition)

How can you assess conditions for learning and development, as well as social and emotional competencies? The Stop, Think, Act: Ready to Assess toolkit, available at no cost, helps educators, practitioners, and policymakers decide if and when they are ready to take those steps.
Topic:
Education, Social and Emotional Learning
23 Jan 2015
Blog Post

In this blog post, AIR's Peter Cookson outlines five things he thinks were missing from President Obama's State of the Union speech, including high quality teachers for all students, safe and supportive school environments, and systematic education and career counseling.
Topic:
Education