This article, recently published in Twin Research and Human Genetics, focuses on the unique design of Project Talent, which includes twins, siblings of twins, and siblings in other families all nested within schools. The strength of this design is that by comparing twins and non-twins attending the same schools it is possible to estimate the extra-familial environmental effects that contribute to the similarity of twins.

This is an important issue, as what is often referred to as "family environment" in a standard twin design actually reflects all environmental sources of resemblance between siblings, including schools, neighborhoods, shared peers, and between-family effects associated with social class, religion, ethnicity, and other macro-level influences. Comparing brothers and sisters from within the same families is a powerful test of gender effects, and girls from opposite sex pairs can be compared to those from same-sex pairs to address hypotheses about prenatal androgenization of behavior.

The large sibling sample in Project Talent is useful for evaluating many hypotheses concerning the impact of family factors, gender, and birth order on a wide range of variables, including cognition, personality, and interests.

Project Talent is a national longitudinal study of about 400,000 students who were in grades 9-12 in 1960. Created by John Flanagan, who founded AIR and with funding from the US Department of Education, the study assessed students in about 1,200 schools who participated in a two-day battery of tests and questionnaires covering aptitude, abilities, interests, and individual and family characteristics. Until 1974, the study followed these students, collecting data at key points in their lives – at 1, 5, and 11 years after their expected high school graduation date.

Today, Project Talent is being developed as a resource on aging and the life course and offers the ability to study special populations including twins, veterans, and racial/ethnic groups. The existing data are being used to address questions about early life predictors of mortality, and sources of variation in intellectual abilities and achievements associated with schools, families, and biological mechanisms. In addition, a pilot study was conducted in 2011-12 to assess the feasibility of locating and engaging the original participants whose last point of contact may have been more than 50 years ago.

AIR partnered with the University of Michigan’s Center for the Demography of Aging (funded primarily by research investment funds provided by AIR and by NIA grants P30-AG012846-17S1 and U0- AG009740-21S2) to conduct a pilot study of about 1 percent, or 4,879 of the original participants. Prior to data collection, 15.4 percent of the sample was identified as deceased and 70.8 percent was located and presumed living, yielding an overall locating rate of 86.2 percent. Experiments were embedded in the design to examine the impact of incentive amounts, phone follow-up, and a consent request for linking to Social Security Administration records. 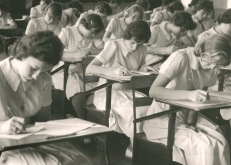 In 1960, AIR launched Project Talent, the largest and most comprehensive study of high school students ever conducted in the United States. Project Talent data are now available to researchers through the National Archive of Computerized Data on Aging. AIR survey methodologists worked with University of Michigan colleagues to prepare the data and documentation for preservation, enhancement, and dissemination. The team transformed the data from a large number of files on 9-track tapes to a data file for each high school grade, documenting the data and creating tools to facilitate its use.
Topic:
Aging
11 Jul 2014
Report 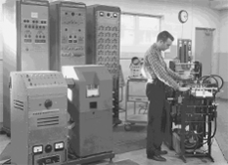 Many longitudinal and follow-up studies face a common challenge in locating participants over time. The 2011–12 Project Talent Follow-up Pilot Study examined the extent to which a geographically dispersed subsample of participants can be located again after decades with no contact, using relatively low-cost methods.
Topic:
Aging