Nine Conditions That Helped Massachusetts Turn Around Its Schools

Read select findings from the study >>

What should states and districts working on school improvement keep in mind about successful turnaround efforts? AIR’s 2016 school turnaround study focusing on School Redesign Grants (also known as Title I, 1003(g) School Improvement Grants) in Massachusetts gives us some answers. The state competitively awarded these grants to low-performing schools (identified through school improvement plans and interviews) that demonstrated a readiness to improve student performance.

AIR experts have identified nine key conditions that led to successful turnaround in Massachusetts that could be useful to education leaders in other states.

1.  Principal autonomy over staffing and scheduling

When it came to staffing and scheduling, Massachusetts extended greater autonomy to low-performing schools than other schools in the state. Education leaders thought that if they removed these constraints, schools could more effectively implement improvement strategies.

With this flexibility, principals who successfully improved their schools were able to hire staff better suited to improving instruction and dismiss the ones who weren’t. They were also able to increase the time spent on instruction and interventions for core subject areas along with teacher collaboration and in-school professional development. One turnaround principal ensured that three to four hours per week were dedicated to professional time.

2.  A culture of communication 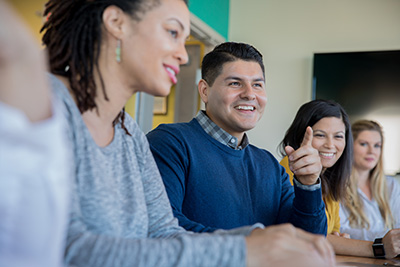 Staff at schools working on improvement cited two important keys for turnaround: an open-door policy by school leaders and the ability to influence schoolwide decision-making.

Another important condition for turnaround was clear communication of instructional goals—to both teachers and students. Principals who were successful in improving outcomes encouraged teacher agency in meeting those goals and diligently monitored their progress.

3.  A focus on instruction and clear expectations

Successful principals set high and consistent instructional expectations for both staff and students, many times using data to establish goals and monitor progress. Several schools in the process of improving used professional development time to advance common instructional practices and introduce teachers to new materials, such as curriculum maps.

4.  Use of data and classroom observation feedback

Teachers from schools working on improvement appreciated both observations by school leaders—with timely and actionable feedback—as well as peer observations. They cited the ability to both see high-quality instruction and expectations for students in higher grades as important to their own instructional practice improvement.

Schools working on improvement all established—or were in the process of establishing—multitiered systems of support. These are systems for struggling students that use a variety of datapoints to identify and adjust both academic and non-academic student-specific supports.

Such schools not only used a student support team for observing classrooms and developing interventions, but they also ensured that all staff members were aware of the process for identifying and supporting students in this way. Staff at these schools were trained to identify student academic needs and provide differentiated instruction whereas staff from struggling schools often weren’t able to articulate this process. 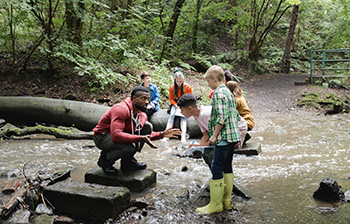 Successful schools addressed nonacademic supports for students by using their multitiered systems of support and by partnering with social workers, mental health providers, and other expert external partners. Developing adult- and teacher-student relationships is an important part of this effort and can be achieved through advisory periods and afterschool clubs.

Many schools working on improvement established wraparound services to students and their families to support health and well-being outside of school.

Schools working on improvement established a schoolwide behavior plan for students and ensured consistent implementation. Some schools increased teacher buy-in by including them in the planning process.

Many successful schools relied on aspects of the positive behavioral intervention system or other positive behavior models to incentivize good behavior from their students. They also communicated behavior expectations prominently throughout the school.

Schools in the process of improvement identified ways to engage parents both socially and in planning for and collaborating in implementing academic and nonacademic supports. The most effective way to engage families is to communicate with parents proactively, not reactively. Teachers built relationships through phone calls and home visits to provide positive—not just negative—information about their children.

One school revamped its open house model to show parents which skills students were developing in the classroom and provided activity materials to support parents in helping their students continue to develop those skills.

Sustaining these promising practices after exiting turnaround status is incredibly important. Some successful ways to do this include:

Massachusetts’ experience shows that funding, plus a strong plan of action and a demonstrated readiness to improve can lead to better student outcomes. However, funding by itself isn’t enough. Educators need the right support, direction, and focus to make a difference in the lowest performing schools. States and districts can embrace the lessons Massachusetts learned and develop similar enabling conditions to drive school improvement.

Learn more about the study and see the additional findings.

How to Succeed in School Turnaround: Practices That Characterize Successful Turnaround Schools in Massachusetts (PDF)

Since 2007, the MTSS Center has been a national leader in supporting states, districts, and schools across the country in implementing an MTSS framework that integrates data and instruction within a multi-level prevention system to maximize student achievement and support students’ social, emotional, and behavior needs from a strengths-based perspective.

The U.S. Department of Education has invested substantial funds in turning around the nation’s lowest performing schools and has contracted with AIR to examine how schools’ receiving federal school improvement grants (SIGs) are changing over time.

Students in low-performing schools in Massachusetts that received state School Redesign Grants demonstrated greater academic improvement in English language arts and mathematics than students in comparison public schools, according to a new study by AIR. A companion implementation study, using qualitative data from current and past SRG recipient schools, offers some insights into the strategies that characterize SRG schools showing improvements in student achievement.
21 Nov 2016
Spotlight

Better schools help make better communities and improve students’ chances of success. But what does research tell us about what works in school improvement? Explore what our researchers are learning about turning around struggling schools.
Topic:
Education, District and School Improvement
12 Aug 2015
Report

Supporting English Learners and Students with Disabilities: Strategies from Turnaround Schools in Massachusetts

Meeting the needs of English learners (ELs) and students with disabilities (SWDs) is a critical yet challenging responsibility for all schools. This brief highlights four key strategies that emerged from the exploration of practices and systems in place in Massachusetts turnaround schools that successfully provide appropriate interventions to all of their ELs and SWDs.
Topic:
Education, District and School Improvement, English Learners, Special Education
14 Apr 2016
Blog Post

The School Improvement Grant (SIG) program will expire as ESSA is implemented, but the challenges of low-performing schools have not. SIG provided some promising examples, as well as caveats that can challenge and inform those of us who believe our nation’s most disadvantaged students deserve better. In our latest blog post, Kerstin Carlson Le Floch shares what we’ve learned from case studies of 25 schools included in the Study of School Turnaround.
Topic:
Education, District and School Improvement, Education Policy