Low- and middle-income countries have made significant progress toward placing children into schools, but student learning and achievement are often dreadfully low. Zambia faces many common educational challenges, such as low literacy rates and public spending that is low compared to other countries in the region.

The eSchool 360 model implemented by Impact Network (IN) represents a promising approach to improving educational outcomes by incorporating three potentially high-impact components that could create important synergies: a standardized e-learning curriculum and pedagogy, ongoing teacher training and professional development, and community ownership. AIR has designed and is implementing a mixed-methods cluster-randomized controlled trial (cluster-RCT) to determine the effects of IN’s eSchool 360 model.

About the Midline Report

Read a research summary of the midline report (PDF) >>

In addition, it analyzes the impact of the program on intermediate outcomes, including school attendance and enrollment, perceptions of school and education quality, aspirations about child’s education and marriage, child development, food security, and education expenditures.

We present two main types of effects. The first, called the Intention-to-Treat effect (ITT), considers the impact on all children in close proximity of the schools, regardless of whether they attended the school. The ITT identifies the impact of the opportunity to attend an IN school. The second, called the Treatment Effect on the Treated (TOT), estimates the effect for those children who attend an IN school when given that opportunity.

Midline results suggest that the opportunity to attend an Impact Network (IN) school positively affected children’s learning outcomes across the board.

On average, we found statistically significant effects on scores 14 months after the start of the program:

TOT effects were substantially larger than ITT effects. On average, for students who reported that they attended IN schools three times in the last week, participating in the eSchool 360 model resulted in improvements of:

For students who reported that they had ever enrolled in IN schools (over the past year), we found TOT effects of:

Mixed-methods evidence suggested the positive effects were primarily driven by improvements in the quality of education, increases in school attendance for both teachers and children, and strong fidelity of program implementation.

The results of the longer-term impact and cost-effectiveness analysis will show evidence on whether and how the eSchool 360 model can be moved to scale. We will collect cost data of the eSchool 360 model in 2020. In addition, we will estimate longer-term impacts following the endline survey three years after the start of the program. We will present these results in a future endline report.

Although the use of technology in education shows a lot of promise for improving learning outcomes in low-and middle-income countries, the evidence on its impacts is underwhelming. Its effectiveness could, however, be improved if technology were combined with a strong focus on pedagogical practices. This study focuses on the effects and cost-effectiveness of Impact Network’s eSchool 360 program in producing improvements in learning outcomes among students in community schools in rural Zambia.
Topic:
International, International Education, International Reading and Literacy
17 May 2018
Spotlight 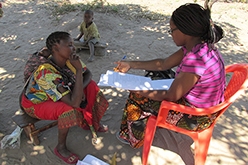 Since 2001, AIR has been working in Zambia, conducting multi-method impact and process evaluations across many sectors such as health, WASH, social protection, early childhood development, nutrition, and education. Explore our projects and read about our regional office.
Topic:
International, International Early Childhood and Child Development, International Education, International Health and Social Protection, Water, Sanitation, and Hygiene