Measuring What Matters in the Criminal Justice System 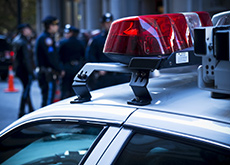 Events in Ferguson and the Justice Department’s new report on policing in that city raise questions about fragile police-community relationships in vulnerable communities. Don’t our criminal justice system’s own measures of success warrant scrutiny? Are we, the report challenges us to ask, looking at the right things?

Researchers typically measure system performance with statistics.  Policymakers, the public, and the police themselves naturally care about such indicators as the re-arrest rate, incarceration rates and costs, the number of police officers on the street, the number of arrests by incident type, and the number of people on probation, in jail, or in prison.   But these data don’t really tell us whether the criminal justice system is making good on its primary mission of protecting and serving the public.

Shoring up fragile relationships to build trust and restore justice is what counts. And the five key ways for communities and police to do that together are training police to interact productively with youth and other residents, increasing diversity by recruiting officers from the local community, curbing the use of frivolous citations as local revenue raisers, having officers get to know local residents, and giving communities full and easy access to police data and accountability.

Providing this type of accountability is harder than counting crimes or arrests, but it can be done. One approach is for policymakers and administrators to work with residents of high-crime areas to develop real-world (outcome-based) measures to judge police effectiveness.

One such measure born of collaboration is procedural justice.  Tracy Meares at Yale Law School and other researchers have shown that people treated fairly and respectfully are more likely to comply with the law, respect the police, and consider law enforcement legitimate. Customer surveys could help here. Why not ask people stopped by the police or questioned by the justice system for feedback:  How were they treated? Are they now more or less willing to cooperate with and trust the police going forward? Results from such surveys by the National Police Research Platform at the University of Illinois, Chicago have helped police departments make their practices more respectful and fair.

Residents of high-crime neighborhoods also want to measure community-police partnerships and crime prevention. If they consider neighborhood crime “normal” and think that nothing can be done about it, few will report crime to police, testify in court, or even join Neighborhood Watch groups. Distrust of police only compounds the problem, exacting a harsh toll. In 2012, more than half of gun-related homicides in many large cities went unsolved because residents didn’t trust police to protect them after reporting a crime or testifying against offenders.

Good data does help. Information on what the community believes about local crime, how to fight it, and how its relationship with police serves or impedes progress can improve transparency and point the way to needed changes. The federally supported Weed and Seed program, in many big cities from 1991-2009, surveyed neighbors at monthly meetings about police interactions to measure how well the criminal justice system prevented crime and changed residents’ tolerance of criminal behavior. As a result, police-community relationships improved and neighborhood crime, including violence, decreased.

Evidence suggests that working together to monitor and improve neighborhood crime prevention can itself unify communities and the police. Collecting data on police effectiveness from the community’s perspective helps police understand and prepare to serve their beats and gives residents a true say in how their neighborhoods are policed. Over time, combining measures of what matters to community members with conventional crime data could help restore two-way trust and combat the hopelessness police and community members now feel in many vulnerable communities.