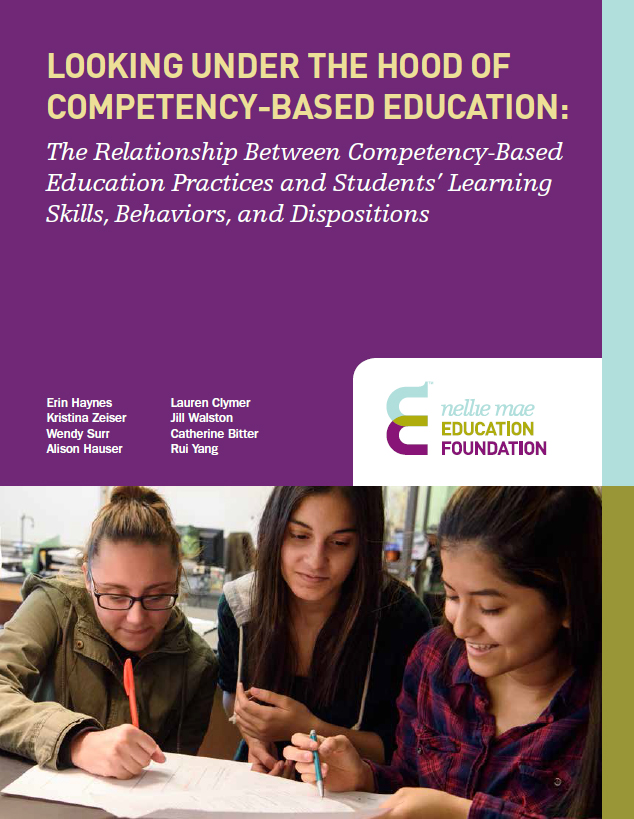 Competency-based education is gaining popularity in schools nationwide, and research is just beginning to catch up. A growing practice, competency-based education makes student mastery of learning goals—rather than seat time—the metric to determine student credit and progression. Competency-based education approaches can offer students greater opportunities for deep and personalized learning; as students work toward achieving competency at their own pace, they typically experience more individualized support as well as greater autonomy, flexibility, and responsibility over their own learning—conditions that we would expect to increase academic engagement, motivation, self-efficacy, and other learning capacities that predict academic success.

Executive Summary: Looking Under the Hood of Competency-Based Education (PDF)

Competency-based education (CBE) sets the bar high for all students—but offers personalized support and allows each student to move at his or her own pace. In this blog post, Wendy Surr, an author of AIR’s new study examining CBE policies and practices for ninth graders in 18 high schools in three states, describes the study's findings and calls for core CBE features to happen in every classroom, every day.
Topic:
Education, Social and Emotional Learning
16 May 2016
Brief

Making the Case for Competency-Based Education: Early Lessons From the Field

As competency-based education (CBE) grows in prominence in higher education, leaders of CBE programs will be asked to demonstrate how students in those programs “stack up” against students in traditional non-CBE programs across an array of outcomes, from learning to time-to-degree and affordability. This brief outlines seven considerations for CBE program leaders who want to begin gathering and using rigorous evidence as they build a case for CBE for internal and external audiences.
Topic:
Education, Postsecondary Education