An aftershock came May 14, when two nonprofits—Achieve and the Collaborative for Student Success—released a report describing disparities between state-reported student proficiency rates and state proficiency rates on the National Assessment of Educational Progress (NAEP). The first jolts came in three previous AIR reports, the most recent released in September 2014, with consistent findings.

In International Benchmarking: State and National Education Performance Standards, AIR’s Gary Phillips statistically linked state proficiency rates to NAEP results, “exposing a large gap in expectations between the states with the highest standards and the states with the lowest standards.” Using NAEP results provides a common point of comparison for student achievement levels across states—the only accurate way to compare student performance at the state level.

Phillips also linked state proficiency rates to the results of two international assessments: Trends in International Mathematics and Science Study (TIMSS) and Progress in International Reading Literacy Study (PIRLS). That way, each state can compare the rigor of its performance standards to those of other states and see how its students’ scores stack up against those of students around the world—important information in today’s global marketplace. This benchmarking method allowed Phillips to assign a letter grade to each state’s performance standard. Like the more recent Achieve report, Phillips found that many states are using low performance standards to define proficiency (e.g., seven states require only the equivalent of D or D+ test scores for students to be considered proficient in eighth grade mathematics).

As our recent policy brief reports, states seeking more rigorous performance standards should benchmark their standards against international ones. Yes, this process is more involved than traditional standards setting, but the payoff comes in state performance standards that are, as Phillips wrote, “consistent and more on par with the high standards used by national and international assessments.” States using this method can sleep at night, confident that students deemed proficient are truly academically prepared.

With new data and the case for international benchmarking now in hand, reaffirmed by these new reports, the conversation about adopting new state education standards is changing. The previous emphasis on content standards—the scope and sequence of what students should learn in each grade—is irrelevant without the accompanying conversation regarding performance standards. What we must leave behind is the notion that high scores on state tests indicate high levels of student achievement. If states do not use the benchmarking method to set performance standards, state test results are meaningless measures of student proficiency and preparedness.

As for action, the adoption of new assessments associated with the Common Core State Standards has states moving in the right direction. For example, the Smarter Balanced Assessment Consortium (SBAC) recently used a benchmarking method (comparing performance data from NAEP and ACT tests) to set its performance standards. Similarly, the use of new assessments and more rigorous performance standards in New York has resulted in student proficiency scores on the state tests that align with NAEP scores.

Going forward, states must adopt evidence-based methods of standard setting that prepare students to compete in the global marketplace. With the shock of recognizing that we may have been deluding ourselves about student performance behind us, states that adopt international benchmarking to make student performance standards more rigorous can count on real progress in preparing students for work and success. The way forward, confirmed again recently with new studies, is clear.

Alicia N. Garcia is a senior policy analyst at AIR.  She has more than seven years of experience in education law and policy. 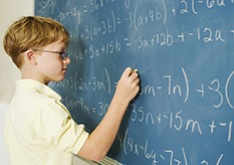 What students are expected to learn in some states can vary greatly with what students are expected to learn in other states. This AIR study uses international benchmarking as a common metric to examine the variance in state performance standards, exposing a large gap in expectations between the states with the highest standards and the states with the lowest standards.
Topic:
International Comparisons in Education
7 Feb 2014
Report

Content standards, not performance standards, have been almost the sole focus of state policies and recent conversations about academic standards. Aiming High: Setting Performance Standards for Student Success shows that state performance standards are consistently low and extremely variable across states. To address this issue, states should adopt evidence-based methods for setting standards, such as the benchmark method, to ensure students are prepared to compete in the global marketplace.
Topic:
Education