Early Colleges are partnerships of school districts, charter management organizations, or high schools, and two- or four-year colleges or universities. A type of dual enrollment program, Early Colleges offer students the opportunity to earn an associate's degree or up to two years of college credits toward a bachelor’s degree in high school—at no or low cost to students. Early Colleges also provide supports to student as they plan for their college education, helping them select college courses, transfer to a four-year college, and identify sources of financial aid.

Over the past two decades, and with sustained support early on from the Bill & Melinda Gates Foundation, Early Colleges have expanded rapidly nationwide. Since this trend began, AIR researchers have conducted a number of comprehensive studies on their impact, finding overall that Early Colleges show strong and lasting evidence of effectiveness for all students. Promoting postsecondary access and success can be an effective policy strategy for improving postsecondary enrollment and completion rates.

AIR first studied implementation of Early Colleges and, later, their impact on students. As Early Colleges matured, student outcomes have been consistently positive. For example, AIR research has found:

Implications and Considerations for Policymakers

A cost-benefit study by AIR found that Early College programs pay off with lasting benefits for students and the broader population. While the per-student cost of Early Colleges is modestly more than the average cost of high school, the benefits outweigh the cost. Boosting postsecondary educational attainment improves individuals’ earnings over a career, increases the amount of taxes governments collect, and reduces government spending on federal assistance programs. In addition, earning college credits in high school could reduce the financial barrier to college for many students—and help address the student debt crisis. Indeed, earning college credits in high school can be a faster, cheaper way to get a college degree.

Early Colleges partner with colleges and universities to offer students an opportunity to earn an associate’s degree or up to two years of college credits toward a bachelor’s degree during high school at no or low cost to their families. In partnership with SRI International, AIR evaluated the Early College High School Initiative using qualitative and quantitative data sources to document and describe the implementation of this initiative and the performance of students, particularly in comparison to other students. 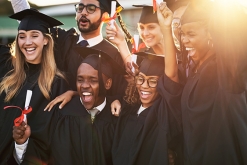 Most jobs today require a postsecondary degree—and most students want to go to college. There are substantial challenges, however, in reaching the goal of college and career readiness for all students, particularly for students from low-income families and students of color. AIR conducted two rigorous impact studies and a cost-benefit study of Early Colleges in recent years.
Topic:
Education, College and Career Readiness
30 Dec 2019
Report

Early Colleges (ECs) represent an expanding college readiness reform that provides students an opportunity to earn up to 60 college credits in high school through dual-enrollment coursework. This study complements an earlier AIR study that examines the impacts of ECs in substantial detail.
Topic:
Education, College and Career Readiness
12 Sep 2019
Video

Early Colleges are designed to support traditionally underserved students through higher education, allowing students to take college courses during high school at little or no cost and provide support for their transition into college. We compared educational outcomes for Early College students with their peers who were not in the program, up to six years after expected high school graduation. In this video, Kristina Zeiser discusses the significant bolstering effects that Early Colleges produce on student outcomes.
Topic:
Education, College and Career Readiness
12 Sep 2019
Report

The findings in this report, which extend the Early College, Early Success study’s original results by including an additional year of data, affirm the core findings: Early College students had a greater opportunity than their peers to enroll in and graduate from college.
Topic:
Education, College and Career Readiness
26 Jun 2013
Report

Early College programs provide underserved students with exposure to, and support in, college while they are in high school. This study finds that Early College students were significantly more likely to graduate from high school and enroll in—and graduate from—college than their peers who did not take part in the program.
Topic:
College and Career Readiness, Postsecondary Education

EARLY COLLEGE IN THE NEWS