Deeper Learning and College Attendance: What Happens After High School?

Updated Findings From the Study of Deeper Learning: Opportunities and Outcomes

What do today’s students really need to learn to succeed not only in the classroom, but also later in college, careers, and society? At a time when new standards for college and career readiness pivot to a new focus on complex thinking tasks and 21st Century learning, the answer to this question has become critically important.

This brief describes further analysis of the effect of attending a deeper learning network high school on students’ college enrollment based on updated postsecondary data.

See the original report, Evidence of Deeper Learning Outcomes (September 2014), and the first set of updated findings, Graduation Advantage Persists for Students in Deeper Learning Network High Schools (March 2016). For an overview of all research findings from the study, as of August 2016, see the Summary of Study Results - Does Deeper Learning Improve Student Outcomes? (PDF).

Creative Commons License
Deeper Learning and College Attendance: What Happens After High School? and its technical appendix by American Institutes for Research is licensed under a Creative Commons Attribution-NonCommercial-NoDerivatives 4.0 International License.

Permissions beyond the scope of this license may be available from AIR at copyright_PS@air.org.

AIR is studying the ways in which schools provide opportunities for students to acquire complex knowledge and deeper learning skills. Funded by the William and Flora Hewlett Foundation, the study examines the impact of these opportunities on how students develop five dimensions of deeper learning: mastery of core content, critical thinking skills, collaboration skills, communication skills, and independent learning skills. 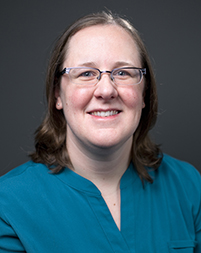 Today, success isn’t just about what you know. It’s also about how quickly you can grasp and apply new knowledge. That’s the theory behind “deeper learning,” a broad term encompassing the goals of an increasing number of U.S. schools and school systems. In a series of reports, researchers at AIR examined whether and how opportunities for deeper learning change high school graduation and college attendance rates for students. In this blog post, Kristina Zeiser, Jordan Rickles, and Mette Huberman share the studies’ results.
19 Aug 2016
News Release

Students who attend “deeper learning” network high schools are significantly more likely than their peers in other schools to enroll in college, particularly in four-year and selective institutions, according to a new study by AIR. The brief, funded by the William and Flora Hewlett Foundation, focused on more than 20,000 students in 25 schools in New York City and California with largely diverse and underserved populations. What do today’s students really need to learn in order to succeed, not only in the classroom but also later on in college, careers, and as engaged citizens? What role can deeper learning—“a set of competencies students must master in order to develop a keen understanding of academic content and apply their knowledge to problems in the classroom and on the job”—play?

Deeper Learning and Graduation: Is There a Relationship?