With the economic halt precipitated by the COVID-19 virus, states are starting to prepare for and beginning to address the budgetary squeeze that is sure to come absent of massive federal stimulus dollars. At the end of March, New York State was the first state to come out with a post–COVID-19 state budget.

Explore other AIR resources on the coronavirus pandemic >>

AIR examined New York’s post–COVID-19 Enacted Budget and compared it to the Executive Budget, released in January, to understand the effect of COVID-19 on state aid received by districts, with a focus on how differences between the two budgets related to district poverty levels.

Next, AIR conducted longitudinal analysis looking at education revenue per pupil over time in New York State by district poverty rates to understand what might occur during the current budgetary crisis if the state enacts cuts similarly to those that occurred during the Great Recession.

The analyses of New York budgets indicate that New York State’s highest poverty districts are most affected by the COVID-19 crisis. Even with funding from the CARES Act, the differences between the two budgets are largest for high-poverty school districts. Including funds from the CARES Act, high-poverty districts will receive $230 less per student, on average, than what they would have received under the Executive Budget. For low-poverty districts, the difference is only approximately $30 to $40 per student, on average.

What Does It Cost to Educate California’s Students? A Professional Judgment Approach

What is the cost of providing all California public school students with access to the California content standards and achieving appropriate levels of proficiency in accordance with standards established by the California Department of Education? This report presents the results of the professional judgment component undertaken by AIR to answer this question.
Topic:
Education, School Finance
1 Dec 2020
Spotlight 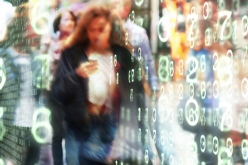 On March 11, 2020, the World Health Organization declared the coronavirus outbreak a pandemic. This virus, also known as COVID-19, has dramatically changed the lives of people around the globe, touching all aspects of life, from health care to education to the economy. In this new world of rapidly changing information about the virus, AIR seeks to be a source of evidence-based information that examines and begins to understand the various complexities of this crisis.
Topic:
Education, Social and Emotional Learning, Technology for Teaching and Learning, Health, Health Cost and Coverage, Mental Health, Patient, Family, and Stakeholder Engagement, Trauma-Informed Care, Workforce, Adult Learning
7 Mar 2004
Report

Determining the Cost of Providing All Children in New York an Adequate Education was a fifteen-month project to determine the cost of providing all New York public school students an “adequate” education.