The 2008-09 recession struck hard at college and university finances. Turbulence in state budgets and financial markets, combined with huge enrollment increases, strained revenues for both public and private colleges. And that created difficult spending choices for many postsecondary institutions.

By 2011, declines in state funding per student had slowed at public colleges and universities. Average revenues per student—which draw from such sources as tuition, state and local appropriations, and income from endowments and investment—largely held steady or increased. And spending declines had stabilized.

A report released today by the Delta Cost Project at AIR continues to track the rebound. According to Trends in College Spending: 2003-2013, colleges and universities continued to show signs of fiscal recovery in 2013, but underneath these encouraging trends, some worrying shifts remain, particularly for public higher education.

Financially, 2013 was a positive year for most colleges and universities. Public research and private research and master’s institutions experienced the strongest resurgence in both revenues and spending. Between 2008 and 2013, average revenues per full-time-equivalent (FTE) student grew at all levels:

In the same period, educational spending per student returned to near-peak pre-recession levels, with spending rising by nearly 7 percent at private master’s institutions (to $18,800) and by about 2 to 3 percent at public ($17,300) and private research ($37,800) institutions.

Community colleges, hardest hit financially by the recession, also saw their financial positions improve significantly in 2013. But they were still far below their pre-recession levels—and for less-than-reassuring reasons. Sharp declines in enrollment (down 4 percent from 2012 to 2013), rather than dramatic increases in funding support (up 3 percent from 2012 to 2013), drove average total revenues per FTE student up for the first time since 2008 (3 percent from 2012 to 2013). Revenues per student were still 9 percent lower than at the recession’s start in 2008. Educational spending per FTE student also rose substantially—growing by 5 percent (to $10,800) and rising for the second consecutive year since the 2008 recession.

Promising signs of fiscal recovery in higher education in 2013 do come with two significant and disheartening caveats, particularly for public colleges and universities:

Recent work by the State Higher Education Executive Officers Association suggests that the recovery may have continued into 2014, as revenues per student rose again in 2014 with contributions from both net tuition revenue and state and local appropriations. With these revenue improvements, spending also likely increased, but the Delta Cost Project has yet to study whether the 2014 investments benefitted students, increased the number of degrees (and certificates) awarded, and improved institutional efficiency.

What will happen in the next economic downturn? Colleges and universities that don’t permanently restructure their costs before then may once again shift more of the burden onto students.

AIR is working with the Delta Project on Postsecondary Education Costs, Productivity and Accountability to examine a rarely studied aspect of higher education finance: how colleges and universities spend money. 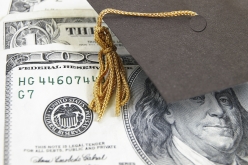 Financial and performance trends suggest that, five years after the onset of the recession, higher education finally began to show signs of a fiscal recovery. But are students still picking up some of the slack?
Topic:
Education, Postsecondary Education
28 Jul 2014
Report

This Trends in College Spending update presents national-level estimates for the Delta Cost Project data metrics during the period 2001–11. The updated analysis finds that subsidies for public higher education institutions have hit a 10-year low, while students for the first time pay on average half or more of their education’s cost. Additionally, community colleges are posting the lowest level of spending per student in a decade.
Topic:
Postsecondary Education, School Finance