Build Trust and Justice Locally: Lessons from Ferguson on Communities and Police

In light of the grand jury decision in the Ferguson case, we're reposting AIR expert Patricia Campie's commentary from the September 12, 2014 USA Today:

The Justice Department's civil rights probe of Ferguson, Missouri's police force rivets attention to one more American community whose police officers have lost residents' trust. Whatever the findings, experience and research suggest that five moves made now could help build trust and restore justice between police and communities they serve. 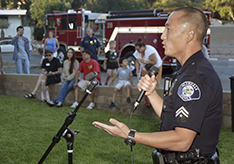 1. Train police to properly handle routine interactions. Every interaction with police is an opportunity to develop a trusting relationship with the community. Yet, according to a 2013 survey by Strategies for Youth, 37 states' police academies spend 1% or less of total training hours on ways to properly interact with youth. Five states don't even provide relevant information.

Most academies do not teach recruits how to recognize and respond to youth with mental health, trauma-related, and special education-related disorders—the very interactions that often spark civil rights complaints. Instead, most training time is spent on firearms skills, self-defense, and fitness. Clearly, training priorities need to change.

2. Create more diverse and self-aware police forces. Black residents in Ferguson felt targeted by police for normal behavior, like driving. Apart from the controversy around racial profiling, growing research suggests that unconscious bias related to race or ethnicity may also affect split-second police decisions to shoot or not to shoot.

Training can help police understand and counter their unconscious bias so their decisions better protect the community and preserve civil rights. Diversifying police forces must also be a top priority. The Department of Justice reported in 2010 that 94% of police departments oversee smaller communities like Ferguson with fewer than 50,000 residents. On average, 88% of officers in these agencies are white, even though these communities are much more diverse. And almost a third of these small departments lack any policies on racial profiling, which means they have no guidelines for day to day practice and no accountability for bad actors.

3. Reduce the use of unnecessary citations issued to balance small town police budgets. In 2007, the National Motorists Association estimated that between 25 and 50 million traffic tickets are written each year, generating up to $7.5 billion and costing $7.5 billion in additional insurance increases for consumers. Yes, police forces in poor communities are financially strapped, but their citizens can't pay the fines or afford higher insurance premiums.

Earlier this year, the Oklahoma Department of Public Safety stopped the Stringtown police department from issuing any more traffic tickets. In 2013, the agency had found, $483,646 in fines had been collected from just 410 residents, nearly half of whom live under the federal poverty level. As more people are ticketed for what seem like illegitimate reasons, their trust in police erodes, especially if mounting unpaid tickets eventually result in arrests.

4. Increase the use of community-oriented policing and get to know local residents. Community-oriented policing approaches can improve response times to 911 calls, build trusting relationships with residents, and even result in lower crime, research shows. My own 10-year study of the Weed and Seed community policing program showed that these practices are especially effective in minority and immigrant communities where community cohesion is very strong but relationships with police aren't. Unfortunately, the Justice Department reports that on average, most police departments spend seven and a half times more training hours on vehicle use and reporting than on the basic principles of community policing (just eight hours).

For serious, violent crime this disconnect between police and the community levies a heavy cost. My own work showed that in 2012 more than half of gun-related homicides in many large cities go unsolved because residents do not trust police to protect them if they call to report a crime or testify later against the offenders.

5. Implement transparent and accountable practices that engage the community. Trust can be restored only when communities see police have nothing to hide and include residents in decision-making through citizen review boards and other forums. It would also help if police departments shared the data many collect to identify and respond strategically to local crime hotspots.

Applying lessons from Ferguson and these five commonsense strategies while the federal investigations continue, can help repair dysfunctional relationships between communities and police—a far better approach than force or harassment to prevent crime.

Patricia E. Campie, a criminologist with the American Institutes for Research, has more than 15 years of experience researching crime and justice issues and currently leads a study examining the impact of police trust and legitimacy in 11 Massachusetts cities.