Sara Kiesler is the Hillman Professor Emerita of Computer Science and Human-Computer Interaction at Carnegie Mellon University and a program director of the National Science Foundation.

Kiesler’s research has contributed to the understanding of the social dimensions of computing and the internet, including the emergence of new forms of distributed work and science, of commerce, changes in how people communicate and keep in touch, of group interactions in social media, and emerging threats to privacy, security, and information authenticity. She is the founding editor of the Journal of Human Robot Interaction. She has published books on these topics, most recently Distributed Work (MIT Press, 2002), with Pam Hinds.

Kiesler has been elected to both the American Academy of Arts and Sciences and the National Academy of Engineering. She is the recipient of several awards, including the Association of Computing Machinery’s Special Interest Group on Computer-Human Interaction Lifetime Achievement Award, given to individuals who have made extensive contributions to the study of human-computer interaction and who have led the shaping of the field. She has also received the Human Robot Interaction Lifetime Service Award, the InGROUP McGrath Lifetime Award, the International Communication Association Williams Prize, and the Allen Newell Award for Research Excellence. She is a fellow of the Association for Computing Machinery, the American Psychological Association, and the American Psychological Society. She served as a board member of the Computer Science and Telecommunications Board of the National Academy of Sciences.

Kiesler holds a doctorate in psychology from Ohio State University. 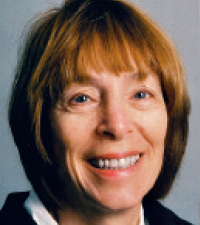