Trish Campie is a a principal researcher in the Research & Evaluation program at AIR, with more than 24 years of experience leading community-based research, evaluation, and implementation science initiatives. Dr. Campie’s primary research focus is on preventing and reducing lethal violence among youth and young adults in the United States, Latin America, and Caribbean contexts, serving as a core member of the global Armed Conflict and Violence Prevention Research Advisory Group for USAID’s Center for Conflict and Violence Prevention.

Among her recent work, Dr. Campie has coauthored studies on gang desistance in the Northern Triangle, youth violence in Colombia, and a global evidence review of what works to prevent lethal community-based violence. In the United States, Dr. Campie has been co-leading, since 2013, a series of studies on Massachusetts’ Safe and Successful Youth Initiative (SSYI), a statewide violence prevention initiative, deemed a promising practice by Crime Solutions. The intervention targets high-impact violent gun and gang-involved males, and females at risk for sex trafficking, in the 13 most violent cities in Massachusetts, producing more than a 2 to 1 cost benefit advantage for reducing violent crime and victimization since 2014. Dr. Campie is also P.I. on a multi-year longitudinal study through the National Institute of Justice to study the root causes of school and community violence in California. For that study, she is partnering with police agencies, schools, social service providers, local businesses, youth, and families to understand root causes of violence and readiness to implement effective prevention strategies in three diverse urban, suburban and rural settings across the state.

Dr. Campie serves as a senior adviser on the National Reentry Research Center, a center funded by the Bureau of Justice Assistance to support the needs of justice-involved youth and adults across the spectrum from probation to release from prison. She co-developed and is evaluating a mentoring program for adolescents at risk for violence in North Philadelphia and has previously evaluated many other mentoring and positive youth development and violence prevention interventions in school and community-based settings, including programs implemented by tribal nations. 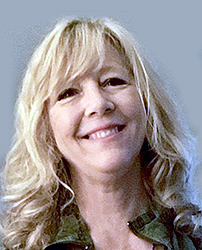