Nancy Cantor is chancellor of Rutgers University, Newark. She is also a fellow of the American Academy of Arts and Sciences and a member of National Academy of Medicine. Cantor currently is a member of the Board of the American Assembly, the Ford Foundation’s International Fellows Program Advisory Council, Presidents Subgroup of the Anchor Institutions Task Force, the Newark Trust for Education, and the New Jersey Performing Arts Center. She serves as co-chair of the steering committee of the Presidents Alliance on Higher Education and Immigration, and chair of the Newark Anchor Collaborative.

Cantor lectures and writes extensively on the role of universities as anchor institutions in their communities, along with other crucial issues in higher education, such as rewarding public scholarship, liberal education and the creative campus, the status of women in the academy, and racial justice and diversity. At the University of Michigan, she was closely involved in the university's defense of affirmative action in the cases, Grutter v. Bollinger and Gratz v. Bollinger, heard by the Supreme Court in 2003. Along with Earl Lewis, she edits the Our Compelling Interests (Princeton University Press, 2016) book series on the value of diversity for democracy and a prosperous society.

She has received several awards, including the Distinguished Scientific Award for an Early Career Contribution to Psychology from the American Psychological Association and the Woman of Achievement Award from the Anti-Defamation League.

Cantor holds a doctorate in psychology from Stanford University. 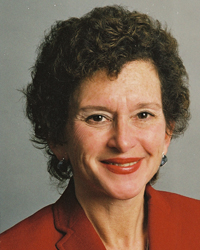