Frank Rider has supported states and communities that are developing systems of care for children and youth in difficult circumstances, and their families, since 2006. He has coordinated technical assistance support to dozens of SAMHSA-funded grantees within the Children’s Mental Health Initiative, and offers expertise in system financing and sustainability, including implementation of the Affordable Care Act; as well as in family-driven services and family-run organizations, in child welfare and developmental disabilities work, and in large-scale implementation of practice models (notably the wraparound process).

Rider was Chief of the Bureau for Children's Services for Arizona's Division of Behavioral Health Services until 2006, and led implementation of a landmark reform of the Arizona’s public behavioral health system for 36,000 children and families, the 2001 "JK" Settlement Agreement. The JK Settlement approaches and accomplishments are widely recognized as a strong, positive example of large-scale public system transformation according to values and principles essential to systems of care.

As program manager for public developmental disabilities services programs in northern Arizona (1985-1993), Rider helped design and implement one of the nation’s most progressive systems of home and community-based long term care services and supports; and brought community-based options to several American Indian communities, including the Navajo Nation and Hopi Tribe in the process.

Rider served as a foster parent in Arizona for many years, and raised a young Navajo boy with significant disabilities from preschool age to adulthood. He was founding director of the Arizona Institute for Family Involvement, and served on the board of directors of the Arc of Arizona before moving with his family to North Carolina six years ago. He applies his expertise through technical assistance arrangements with several federal and state agencies.

In Conversation: What Do Rising Rates of Anxiety and Depression Mean for Families, Schools, and Communities?

What’s Changed the Most in the Mental Health Field? AIR Experts Provide Perspective in Recognition of Mental Health Awareness Month 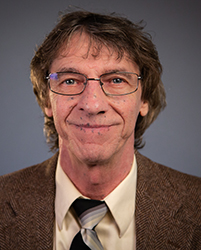