Washington, D.C. – Proficiency standards used by states to measure student progress vary widely – with the gap between states with the highest and lowest standards amounting to as much as three to four grade levels, finds a new study by the American Institutes for Research (AIR).

“Residents of some states think their students are doing well because almost all of them are considered proficient,” said Dr. Gary Phillips, an AIR vice president and Institute Fellow. “This study shows there is considerable variance in state performance standards, with a wide expectations gap that most parents have no idea exists.”

When the No Child Left Behind (NCLB) law was enacted in 2001, it required states to show steady improvement in student performance in reading and mathematics, with the goal of having all students proficient by 2014. Each state was responsible for setting their standards to measure and define the term “proficiency.”

Dr. Phillips examined the percentage of proficient students reported by the states in 2011 in Grade 4 mathematics and reading and in Grade 8 mathematics and science. He then compared the difficulty of performance standards across states by converting the state standards to the metric of TIMSS and PIRLS.

“Fifty states going in 50 different directions is not a strategy for national success in a globally competitive world,” said Phillips. “It may look good for federal reporting purposes, but it denies students the best opportunity to learn college-ready and career-ready skills.”

In Grade 8 mathematics, Massachusetts and Minnesota had the highest grades, with each receiving a B-. The lowest grades went to Alabama and Georgia, which received a D, while Connecticut, Illinois, North Carolina and the District of Columbia received a D+. 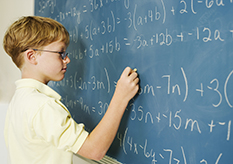 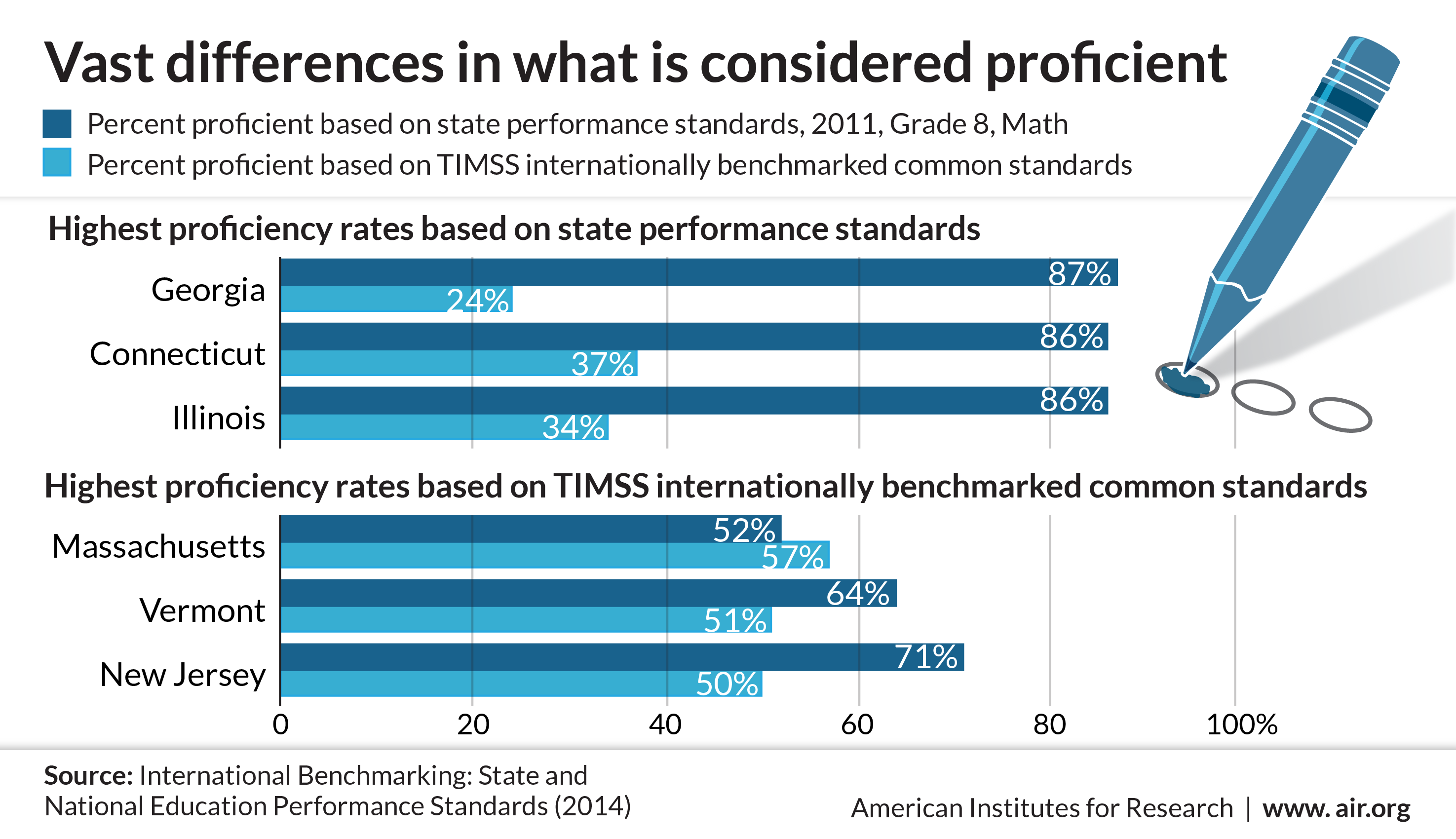 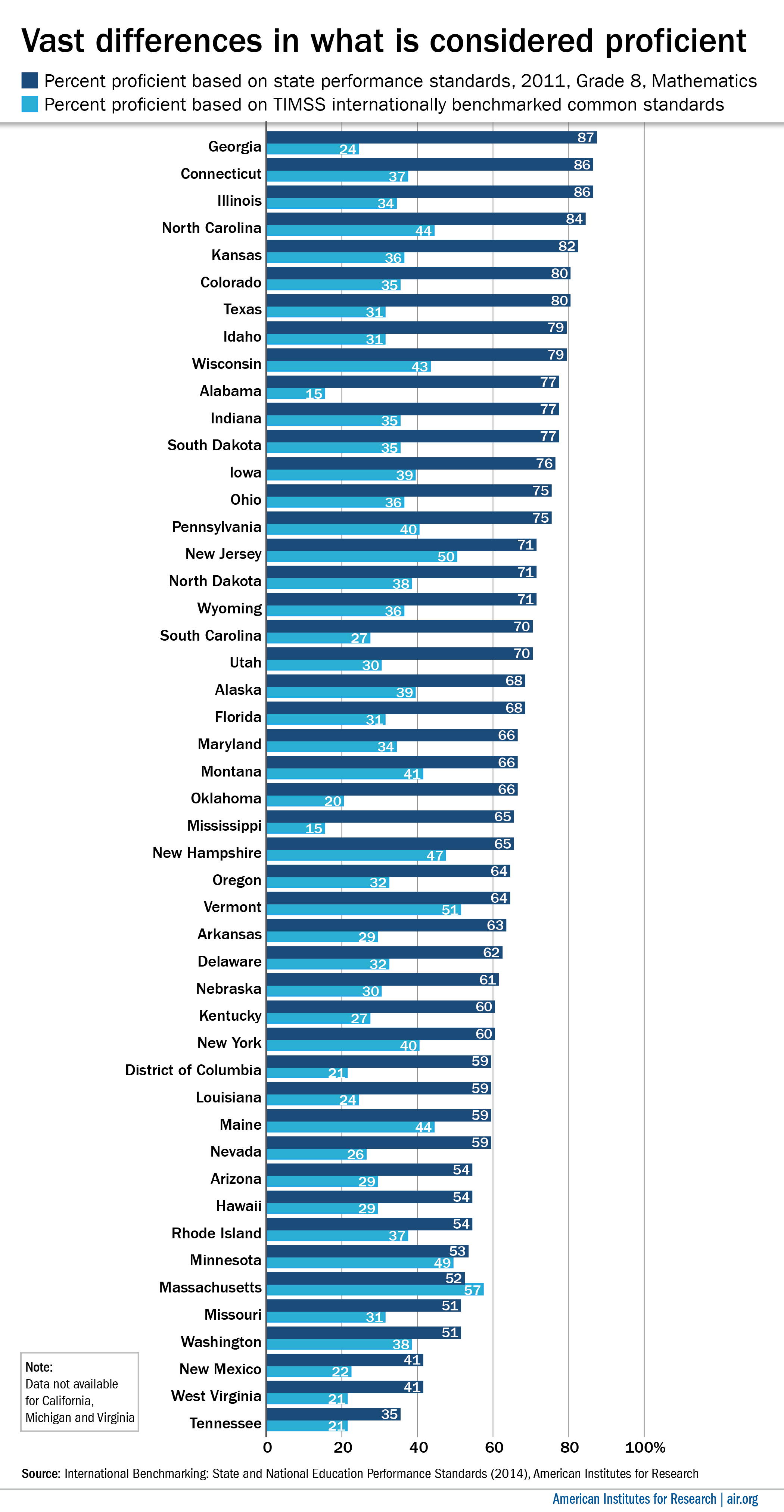 The Second Derivative: International Benchmarks in Mathematics For U.S. States and School Districts

A new international grading index that provides states, school districts and policymakers with a way to determine where their students rank in comparison with their peers around the world.
16 Jun 2009
News Release

AIR will release a new report on international benchmarking for 4th and 8th grade math students on June 16, 2009, which will be followed by a panel discussion that includes Massachusetts Commissioner of Education Mitch Chester and senior officials of the National Governors' Association (NGA) and the National Association of State Boards of Education.
Share