Washington, D.C. – A study of those earning a postsecondary degree or certificate in Tennessee finds that the median wages of individuals with associate degrees and long- term certificates often exceed those earned by bachelor degree holders in the first year of employment, an advantage that mostly disappears after five years in the workplace.

In most of Tennessee’s nine public universities, the median wage of graduates is between $500 and $1,000 of the state median for all graduates with bachelor’s degrees. The main exception is the University of Memphis, whose graduates’ median wage is $1,700 above the state median—probably because Memphis has the state’s highest priced labor market.

“This is a message of hope. You don’t need to go to a flagship university to get a good job. There are many successful paths into the labor market,” said Mark Schneider, author of the report and president of College Measures, which conducted the study.

The report and a more detailed look into the data and patterns of wages and labor demand across Tennessee are available free on the new EduTrendsTN website, developed by College Measures in partnership with the Tennessee Higher Education Commission (THEC) and the Tennessee Department of Labor and Workforce Development. College Measures provides data and analysis on higher education. It is a joint venture of the American Institutes for Research (AIR) and the Matrix Knowledge Group. The new report was funded by the Lumina Foundation.

“Students have the right to know before they go and know before they owe,” explained Schneider, a vice president and Institute Fellow at AIR. “Student debt is mounting and the ability to pay off this debt depends on wages. Prospective students need to be as well-informed as possible about every aspect of their choice of program, degree and institution.”

This gap typically closes as graduates with bachelor’s degrees experience higher rates of wage growth. After five years, bachelor’s graduates had median wages comparable to those with an associate’s graduates ($41,888 versus $41,699), and only slightly trailing certificate holders ($42,250).

“Even as the gap between the holders of sub-baccalaureate degrees and bachelor’s degree graduates narrows, the median household income in Tennessee in 2011 was $41,693. In short, many sub-baccalaureate credentials can be entryways to the middle class,” Schneider said.

Established in 2011, College Measures is committed to informing and improving the decision-making process for students, parents, and policy makers and in so doing, help create a more efficient, productive and effective higher education system. 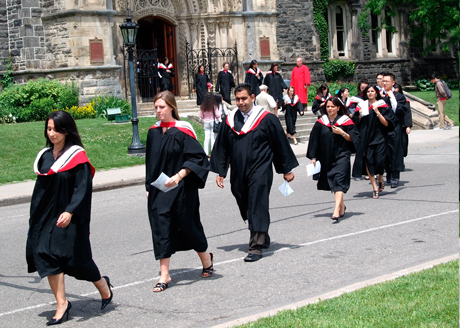 Tennessee has a reputation for being a leader in reform efforts to improve education at both the K–12 and postsecondary levels. College Measures’ new EduTrendsTN website, developed in partnership with the state, supports initiatives to increase the number of college graduates in Tennessee by providing prospective students and their families with information about higher education costs, benefits, and affordability and delivering insights into employment demand and wage potential across many fields.
3 Oct 2013
Report

What’s the Value of an Associate’s Degree? The Return on Investment for Graduates and Taxpayers

Given the high cost of earning a degree—and, frequently, the debt burden that goes with it—students, parents, policymakers, and the media are questioning higher education's value. Holders of associate's degrees earn more income and are less likely to be unemployed than high school students, making it a sound investment for many people.
28 Apr 2014
Spotlight

Most students enter college, investing their time and often incurring significant debt, with the expectation that they'll receive a good return on their investment. For public institutions of higher learning, taxpayers are also invested in the value of a degree. Infographics and reports demonstrate that indeed, the school you attend and the major you select can make a big difference in what you earn.

Higher Education Pays: But a Lot More for Some Graduates Than for Others

Prospective college students need sound information about where their educational choices are likely to lead. This report indicates that some graduates with associate's degrees outearn those with bachelor's degrees in their first year, and finds what a person studies can produce higher earnings than where he or she studies.