Washington, D.C. – Students who attend California’s transitional kindergarten (TK) program enter kindergarten with stronger mathematics and literacy skills and are more engaged in their learning than students who did not attend TK, according to a new study released today by the American Institutes for Research (AIR). The program provides advantages for all students, with particular benefits for English learners and low-income students, and its benefits hold up regardless of variations in instructional practices or classroom structure. The study is based on the final report from AIR’s multi-year study of TK in California.

“Transitional kindergarten gives students an advantage of 3-6 months of learning in literacy and mathematics skills at kindergarten entry, which is quite notable, especially given that a large majority of the comparison students attended preschool themselves,” said Heather Quick, AIR managing researcher and study principal investigator. “These impacts did not vary by classroom characteristics, suggesting that the unique features of TK that set it apart from other prekindergarten programs—credentialed teachers, alignment with kindergarten, and inclusion of students from all income levels—may be driving the program’s positive results.” 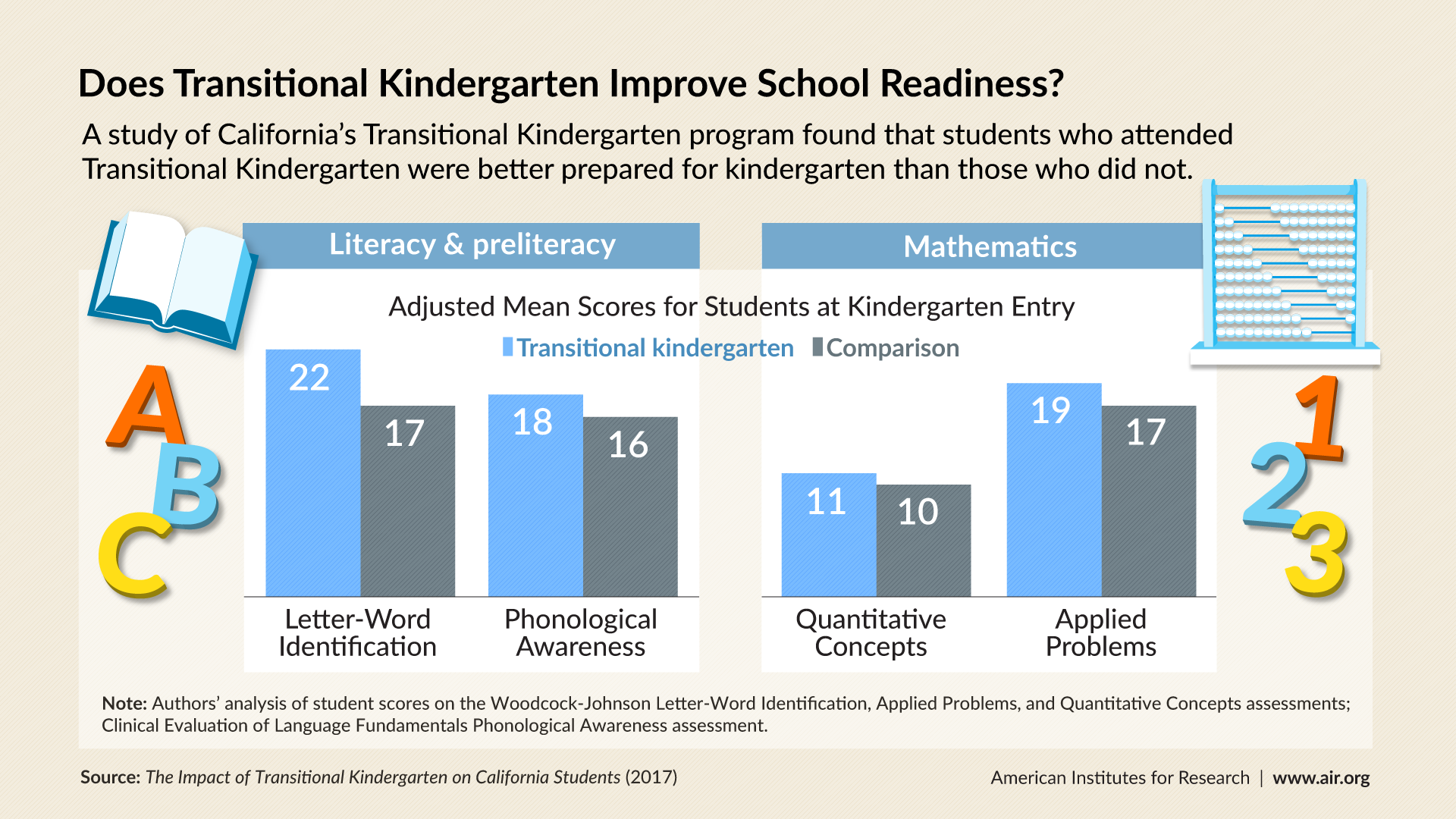 TK, the first year of a two-year kindergarten program, was established by California’s Kindergarten Readiness Act, passed in 2010. Historically, the state required children to be five years old by December 2 to enroll in kindergarten. When the new law moved the cutoff to September 1, TK was created for children who turned five between September 1 and December 2. Using the TK age cutoff to compare children eligible for TK (those born within a 60-day window on or before December 2) with their non-eligible peers (those born in the same window after December 2), the report estimates the impact of TK on school readiness skills of more than 6,000 students across 20 school districts. This study design enables researchers to attribute differences in outcomes between TK students and non-TK students, though the generalizability of the results to students outside the narrow age range around the cutoff date may be limited. For example, we do not know if TK would be effective for students several months older or younger than those studied.

Researchers in the San Mateo, California office of AIR have been studying the state’s TK program since 2011, with support from the Heising-Simons Foundation, the David and Lucile Packard Foundation, and First 5 California. The Impact of Transitional Kindergarten on California Students: Final Report from the Study of California’s Transitional Kindergarten Program is the final report from the multiyear study. Past reports, including one that examines TK’s impact on English learner students and the characteristics of TK classrooms, can be found on the study’s website.

Established in 1946, with headquarters in Washington, D.C., the American Institutes for Research (AIR) is a nonpartisan, not-for-profit organization that conducts behavioral and social science research and delivers technical assistance both domestically and internationally in the areas of health, education, and workforce productivity. For more information, visit www.air.org.

The Impact of Transitional Kindergarten on California Students

California’s Kindergarten Readiness Act of 2010 established transitional kindergarten (TK), the first year of a two-year kindergarten program for students affected by the change in the birthdate cutoff for entry into kindergarten from December 2 to September 1. This final report from the program’s evaluation focuses on results from a five-year study. The study used a rigorous regression discontinuity design to examine whether TK, as a new approach to prekindergarten education for age-eligible students, leads to positive outcomes, for which students, and under what conditions.
28 Jun 2017
Spotlight 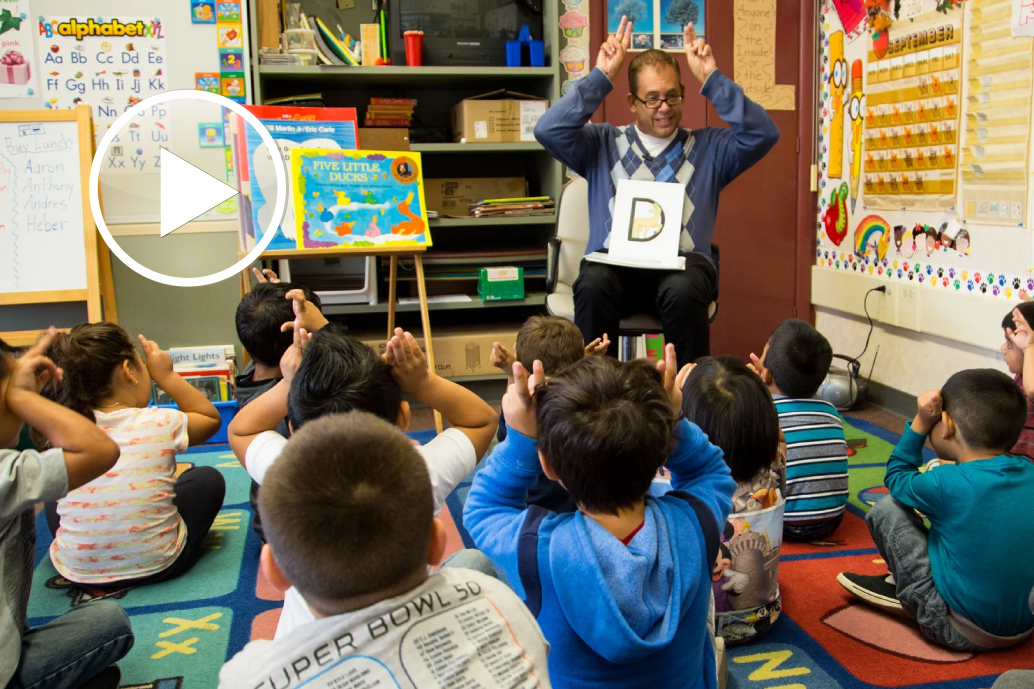