Marilyn Moon is an Institute Fellow at AIR. Her work has focused on the role of informing consumers, providers and policy makers about aging and health care issues, issues in delivery system innovations, and approaches to Medicare and Social Security reform.

A nationally-known economist and expert on Medicare, aging, consumer health issues, and health care financing, Dr. Moon has also served as a senior fellow at the Urban Institute and as a public trustee for the Social Security and Medicare trust funds. She has written extensively on health policy, reform issues in Medicare health financing, and other social insurance issues. In the 1990’s, she wrote a column for the Washington Post on health reform. Between 2003 and 2013 she directed AIR’s Health Program. She has been an associate professor of economics at the University of Wisconsin, Milwaukee, a senior analyst at the Congressional Budget Office, and the founding director of the Public Policy Institute of the American Association of Retired Persons.

Dr. Moon's earlier work focused on health care financing and public policy issues with a particular emphasis on Medicare costs and its impact on access to care. From 2008 through 2012, she chaired the Maryland Health Care Commission. She has served on a number of boards for non-profit organizations, including the Medicare Rights Center and the National Academy of Social Insurance. She is a member of the Institute of Medicine. 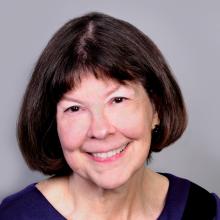 The Changing Economic Status of Seniors

Recently, attention has focused on who is prospering in the challenging economic times the U.S. has faced in this early part of the 21st century. Are seniors faring better than younger families? AIR expert Marilyn Moon discusses the issue.

What 2020 Candidates Should Know About Older Voters

Column: Dropping Medicare age to 60? No more than a start in the right direction

What Older Voters Want In The Midterm Elections

Medicare Advocates Call for Keeping Program as It Is, Cite Voter Concerns About Costs